A couple of weeks ago, Naomi saw a water rocket on TV and requested that we make one. It's a pretty simple affair - a juice bottle which you put a little water in, then a stopped, then some compressed air from a bike pump. When the pressure gets high enough, the stopper pops out, water and air shoot out the bottom, and it takes off. Last weekend, we gave it a go, but given a lack of essential resources, the result didn't look great... 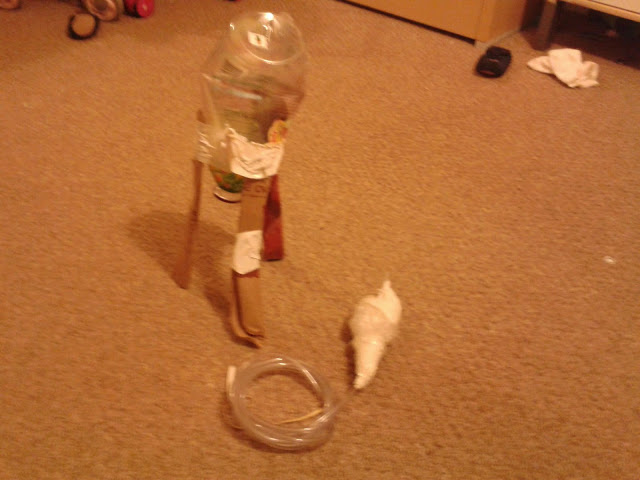 Rather than a stopper, I used some bubble wrap, and for legs we had part of a Graze box. The bottle also had quite a wide neck so the water didn't come out in much of a jet. It only managed to make it about 2 foot into the air, though Naomi was still quite excited by it.

Last week, I kept an eye out for more stuff. First I found a better bottle, and I realised that one of the stoppers that came free with some calpol (for filling a syringe from the bottle) was quite a tight fit. Perfect! 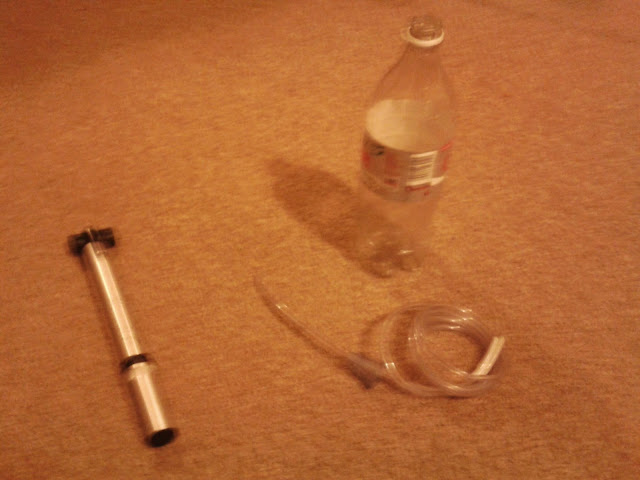 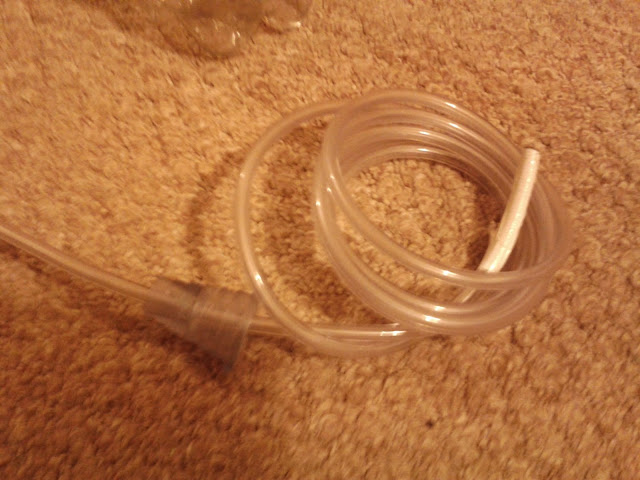 I drilled out the stopper a little some my tubing fitted into it tightly. The tube is some I had lying around - B+Q have it for a pound or two per metre.

Add some gardening sticks from a 99p shop for legs, and some decorative stickers, and we have a better rocket: 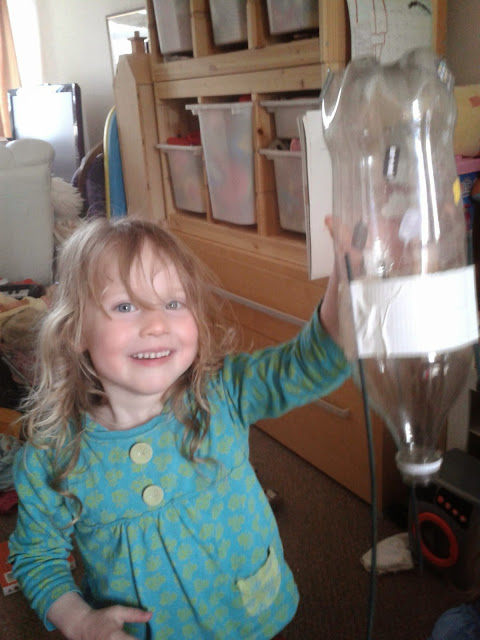 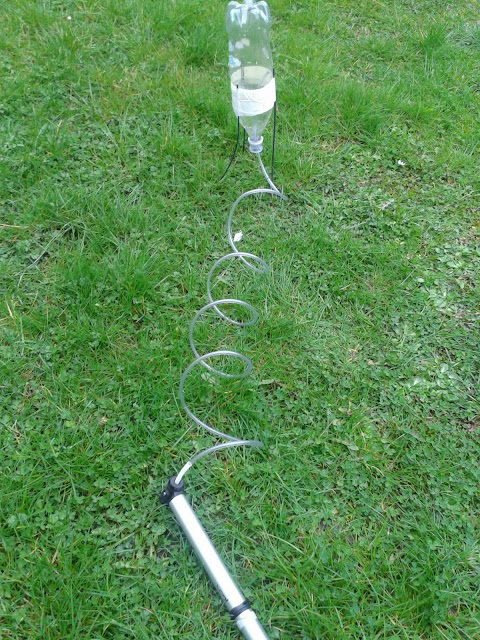 I thought it would still only make a height of a few feet, so we launched it in our garden. Here's Naomi working the bike pump: 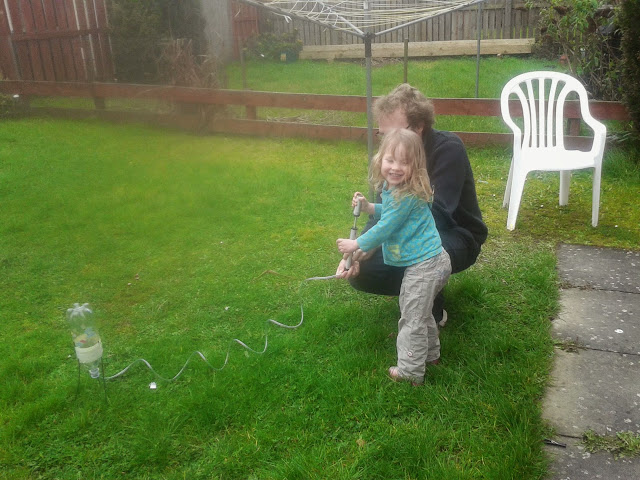 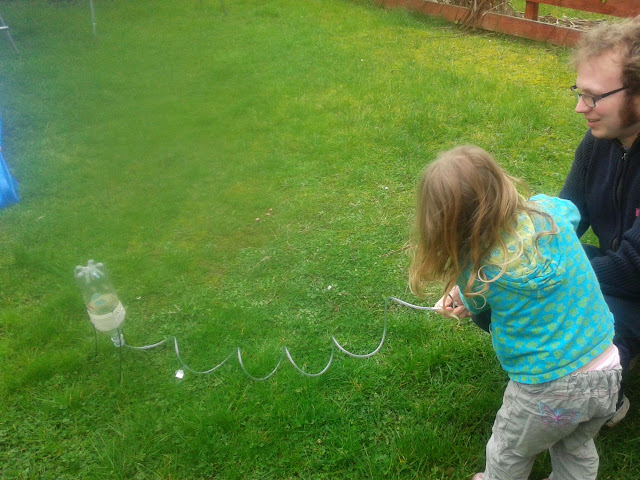 Alas, I didn't get a video of the launch - but most impressively it managed about twice the height of our house! It managed to go straight up and down, landing on our whirligig (for which Naomi felt compelled to say sorry to mummy several times). Anyway, it was so successful that I'm not all that confident at getting it to land in our garden again, so at some point we'll go to the park for another go.

Meanwhile, this was a well recommended way to spend an hour on a Saturday. Very fun!
Posted by oldchap at 15:02 No comments:

It being nearly two weeks since Jay's birthday I'm clearly still on blogging catch up now,  but I really liked this pic. We all had a really nice day too! 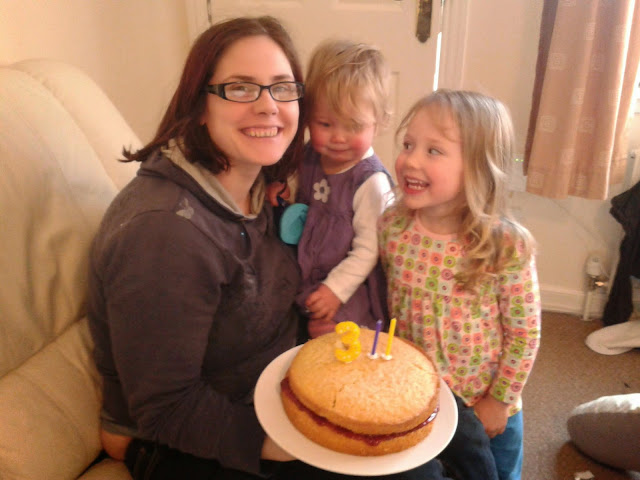 Email ThisBlogThis!Share to TwitterShare to FacebookShare to Pinterest
Labels: Birthdays

Miriam's favourite activity of the moment...

Yet more travelling adventures last week. This academic lark is starting to sound quite glamorous! Well, maybe not, it was mostly long meetings. It was a nice group of people to travel with though. This time we made a visit to KLM's headquarters in Amsterdam to talk about various problems that we might be able to help with. Quite productive but very tiring! I had a really enjoyable skype call with my girls (Miriam was very excited to see her daddy!)

It's a really nice city. Lots of bikes, pretty buildings, and though we weren't hungry on the first evening, after a brisk walk in the city centre we really worked up an appetite (there's a joke in that last bit somewhere).

A few other snapshots of the trip...

Okay, more than a little late on this but we had a bunch of photos that we thought were worth sharing so here they are.

By the way, who likes the gearbox that I built? 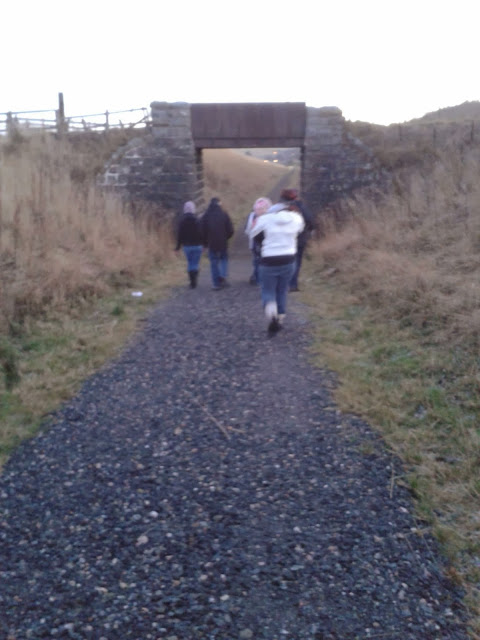 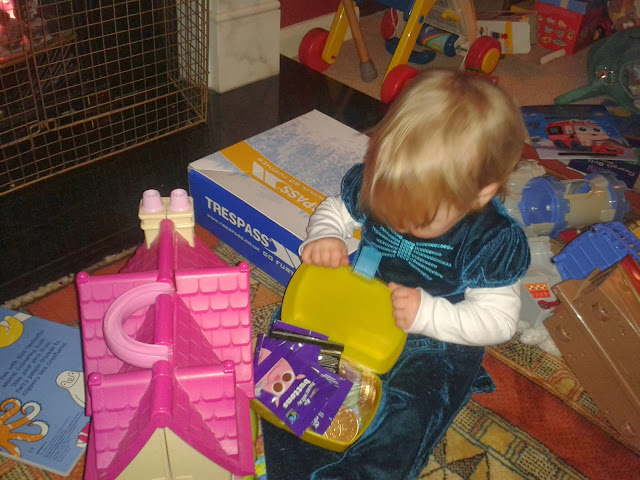 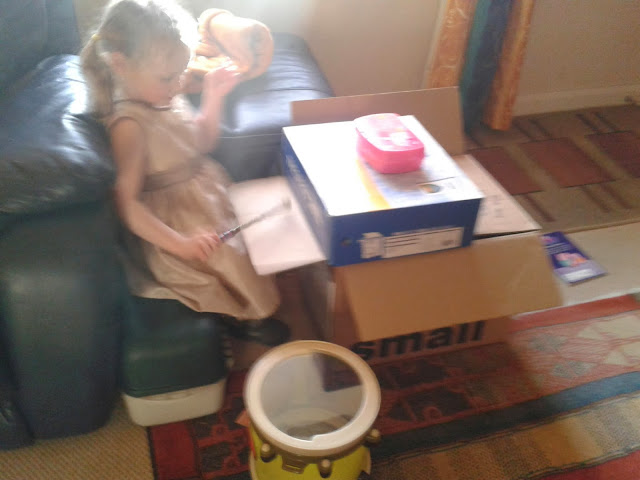 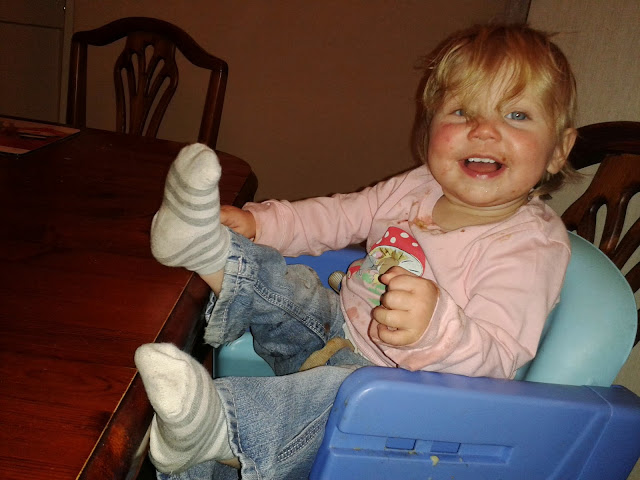 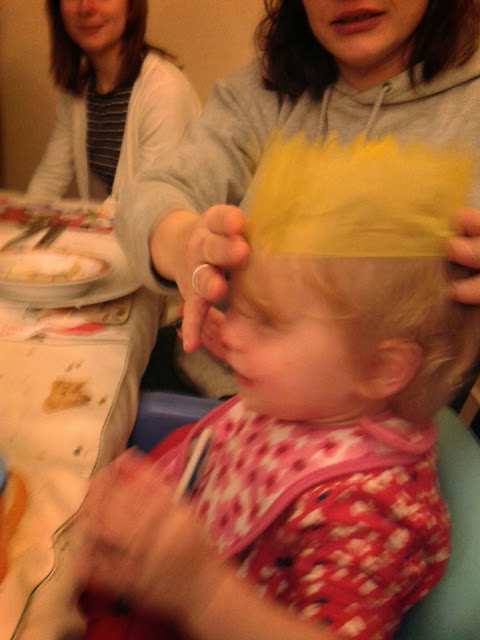 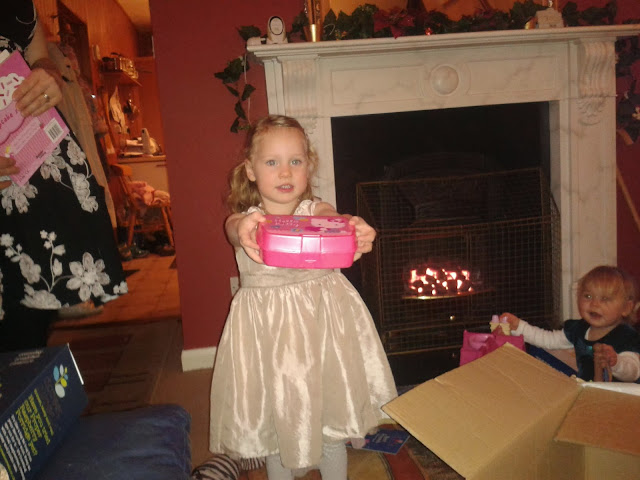 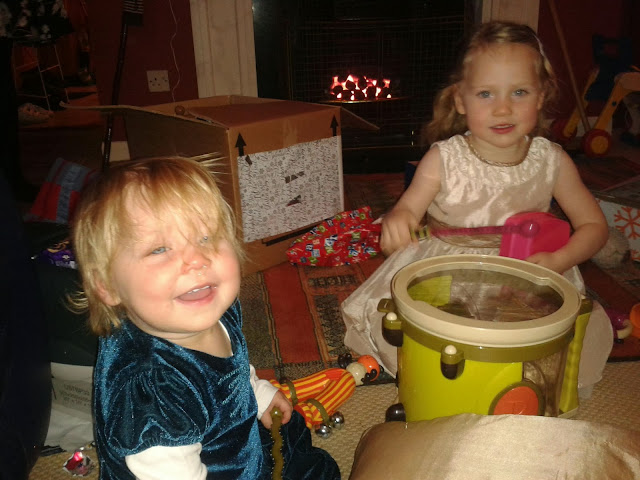 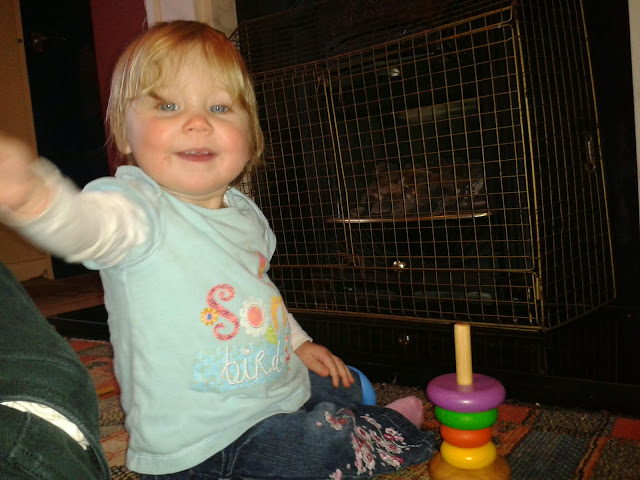 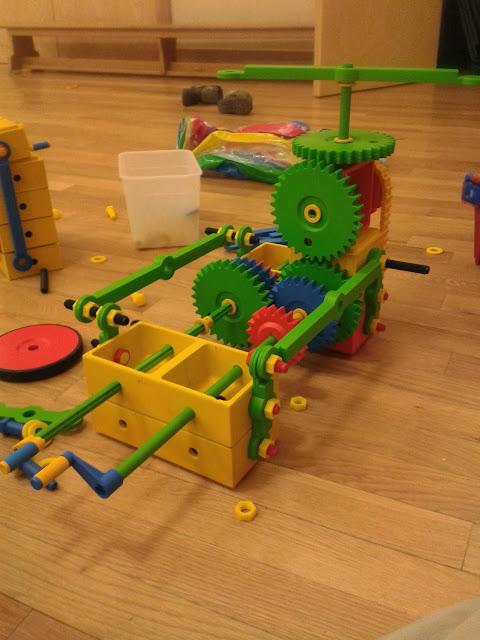 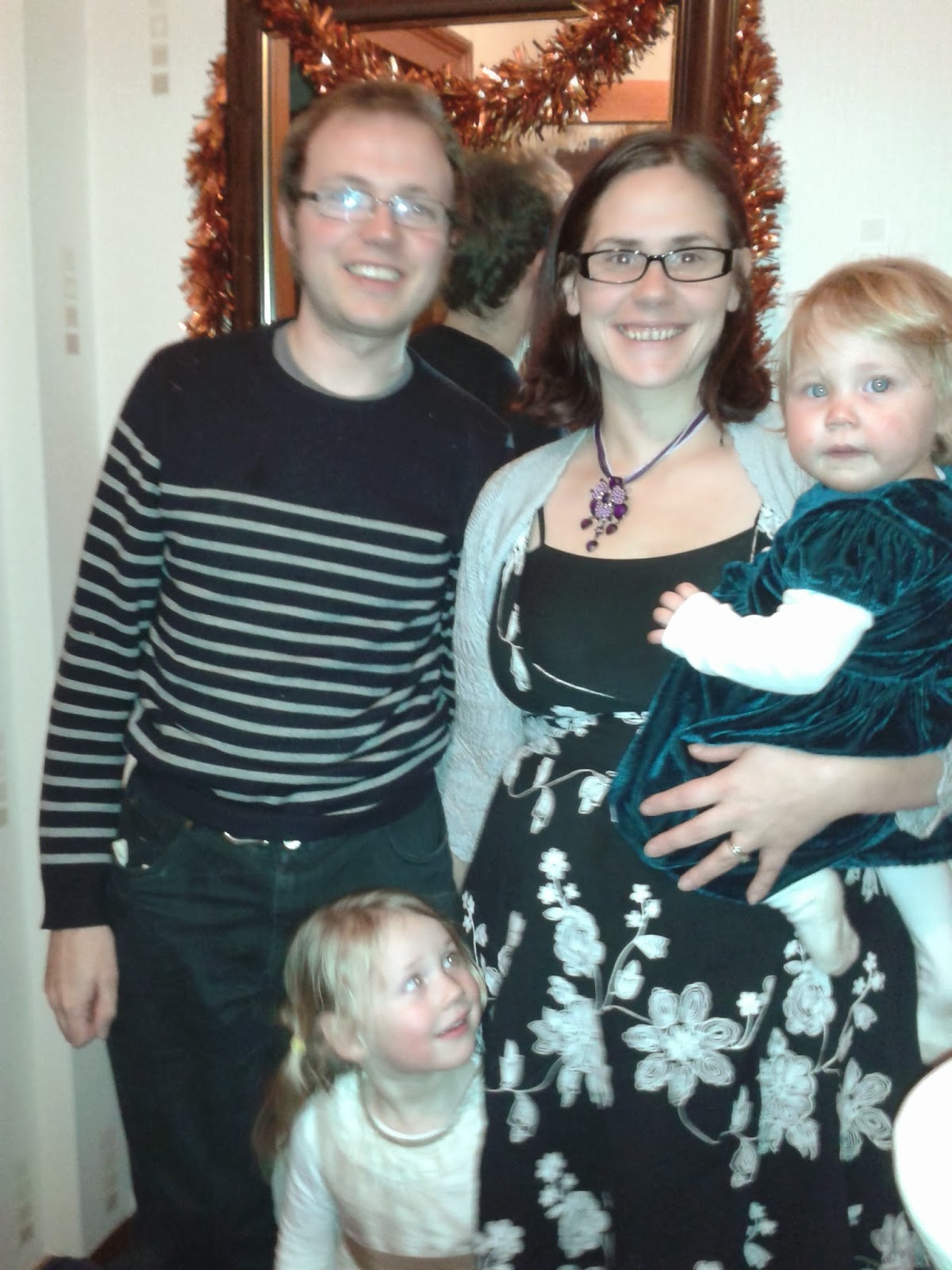 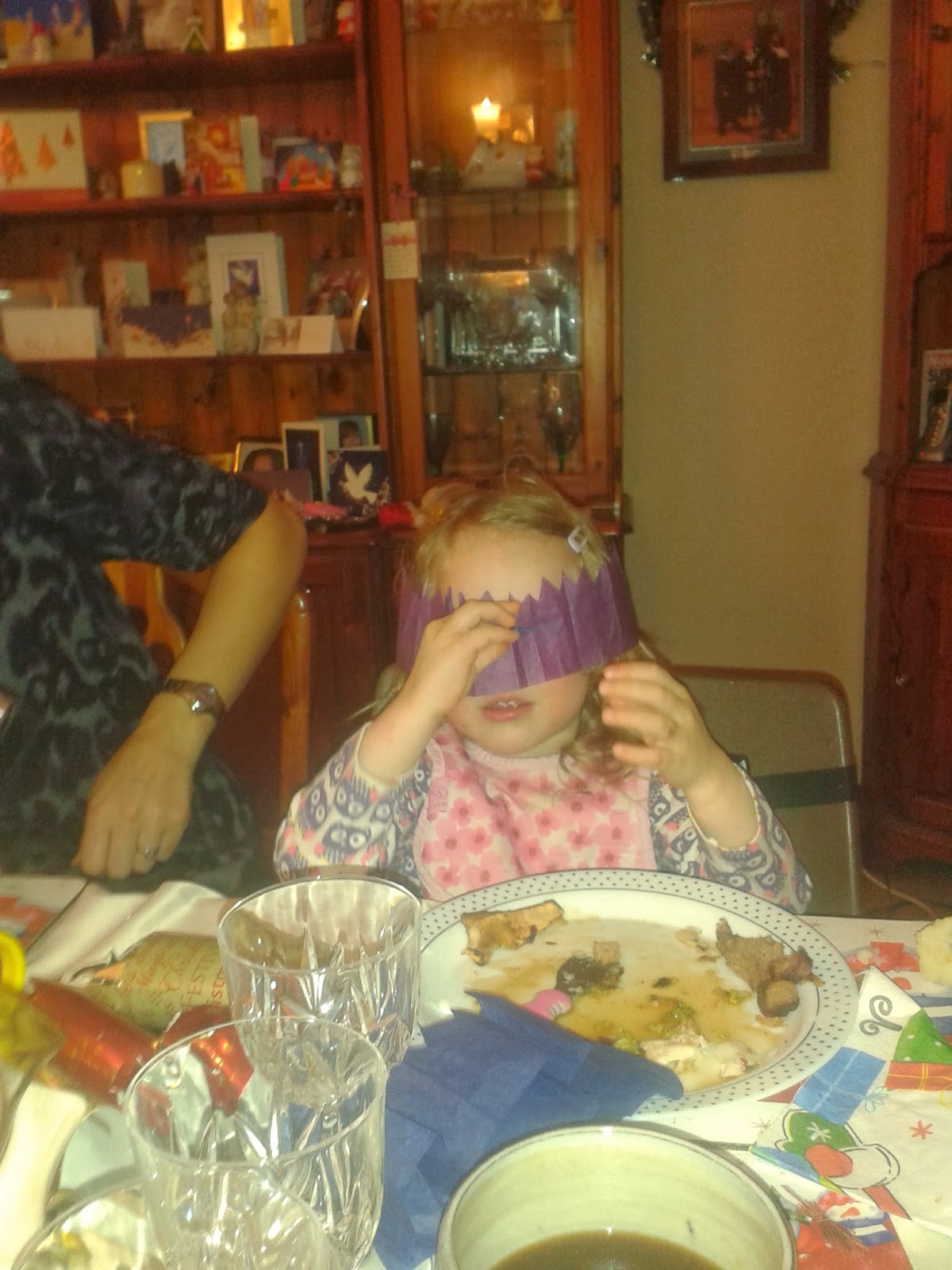 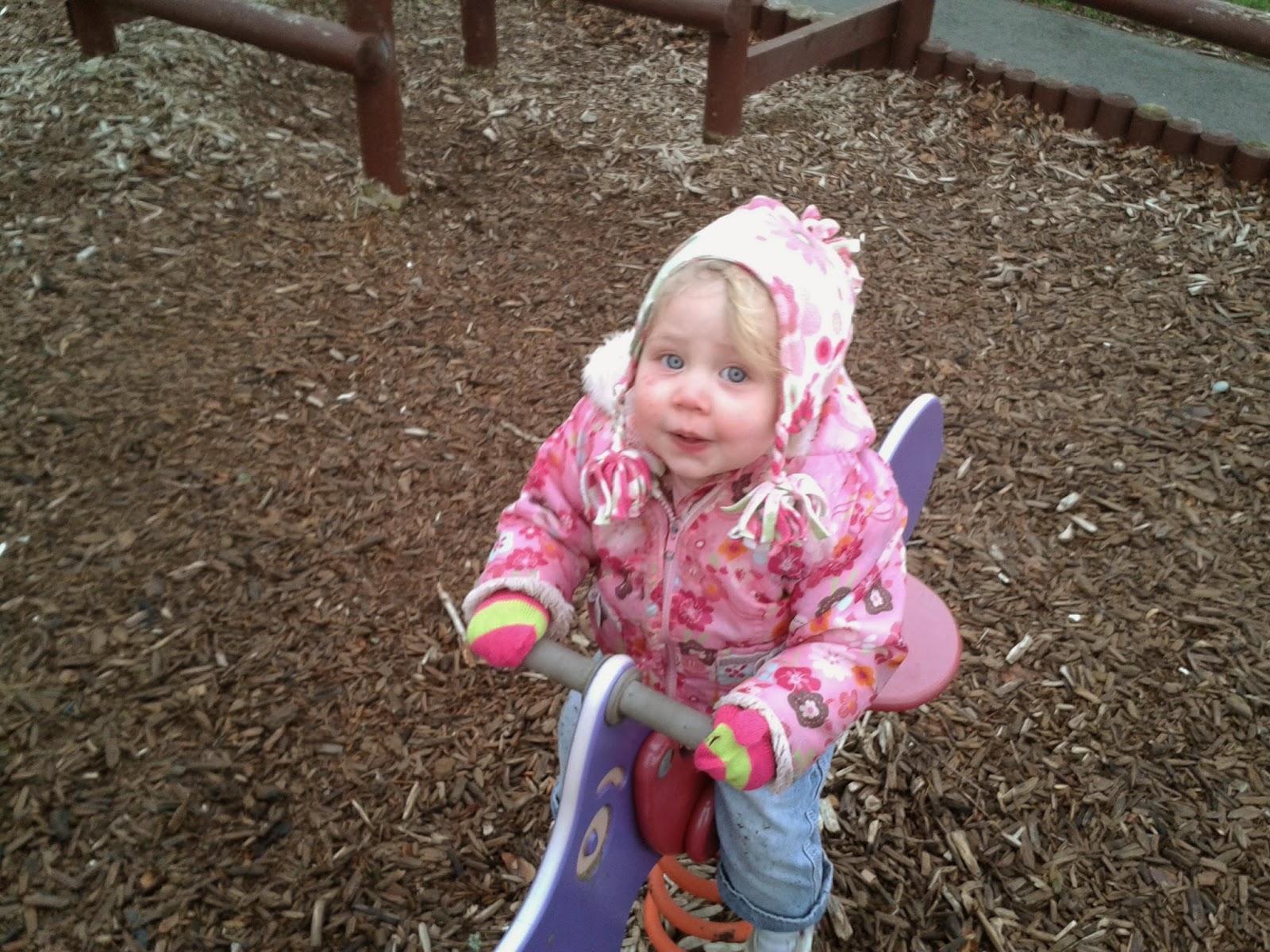 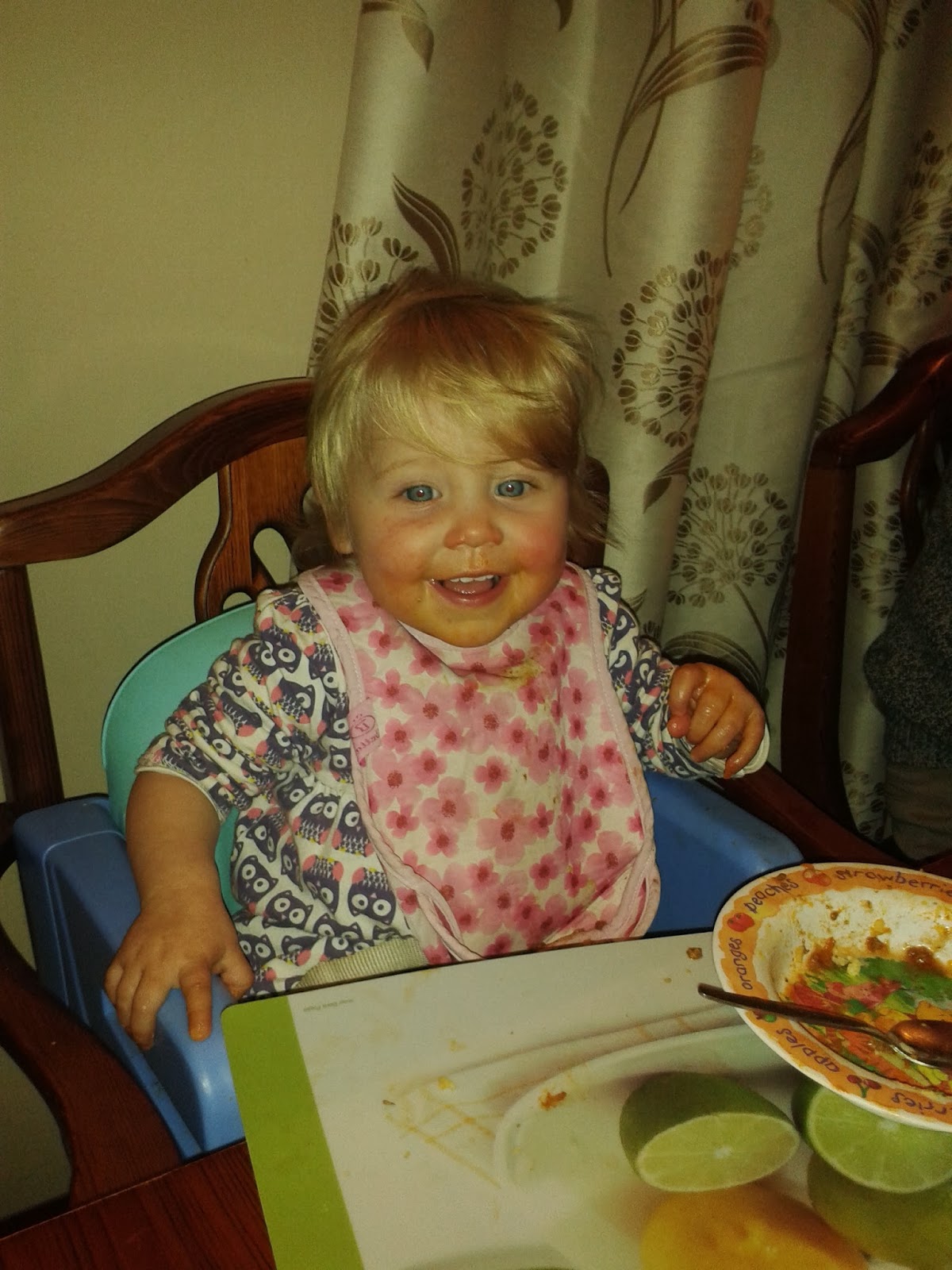 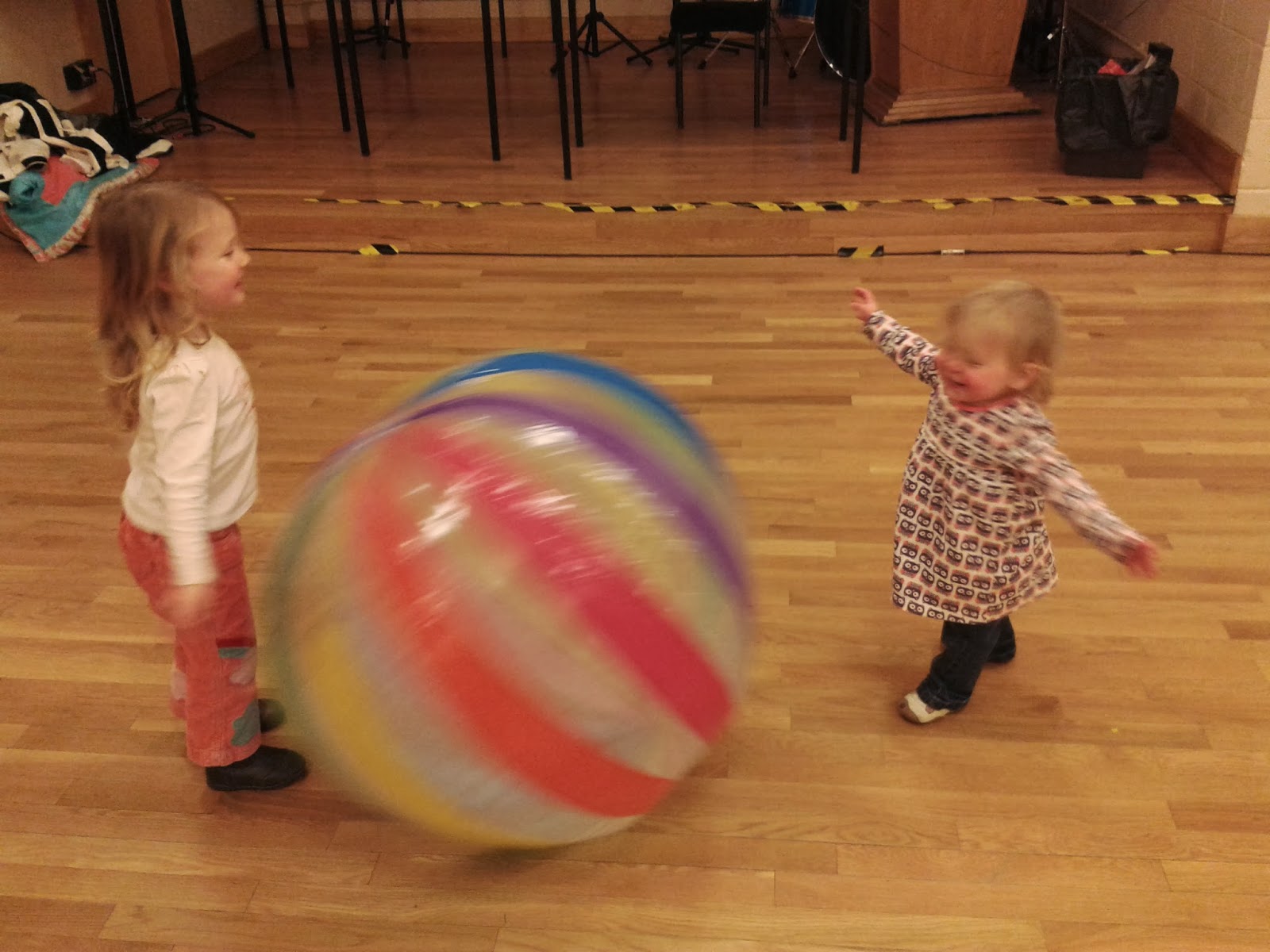 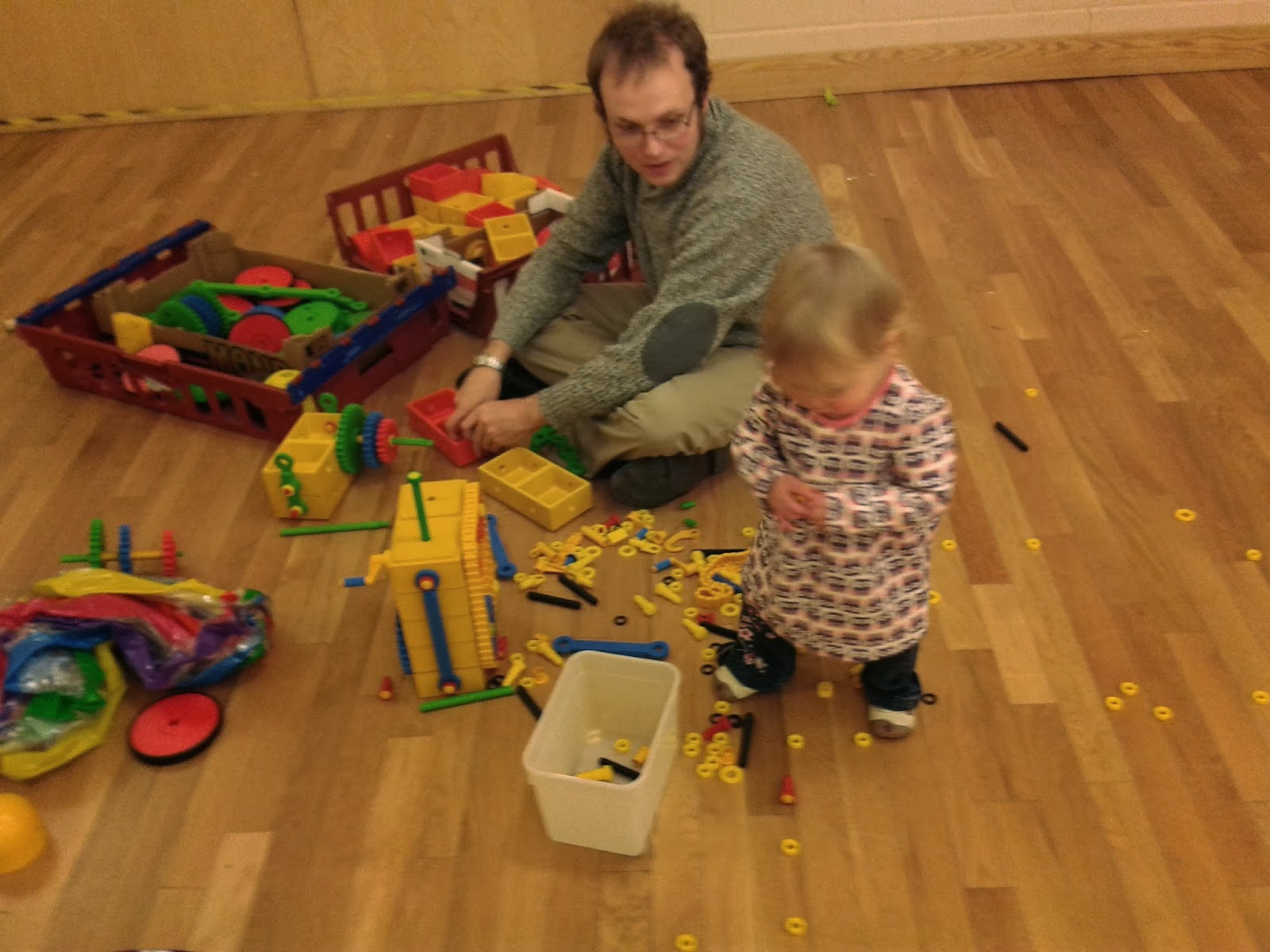 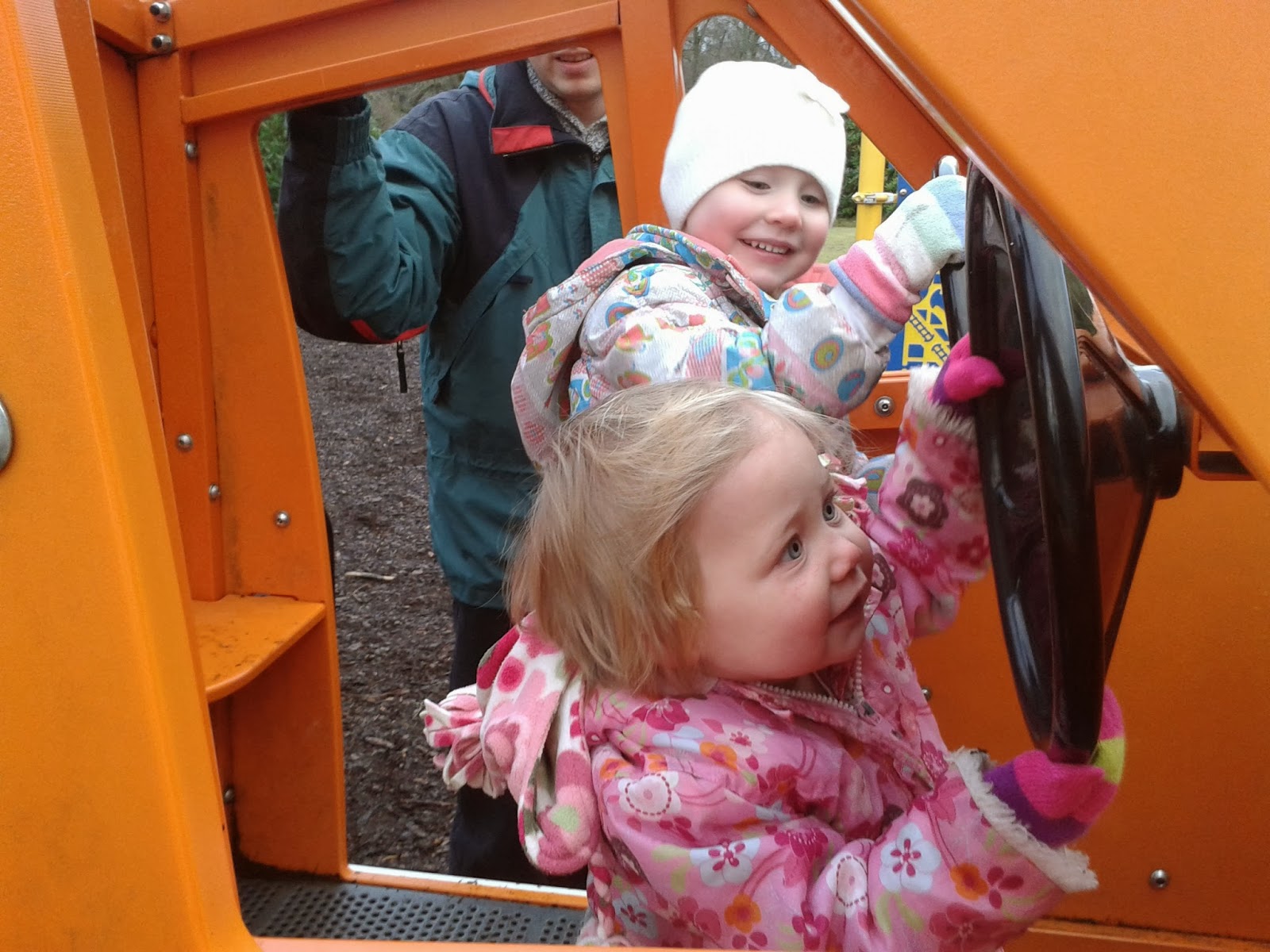 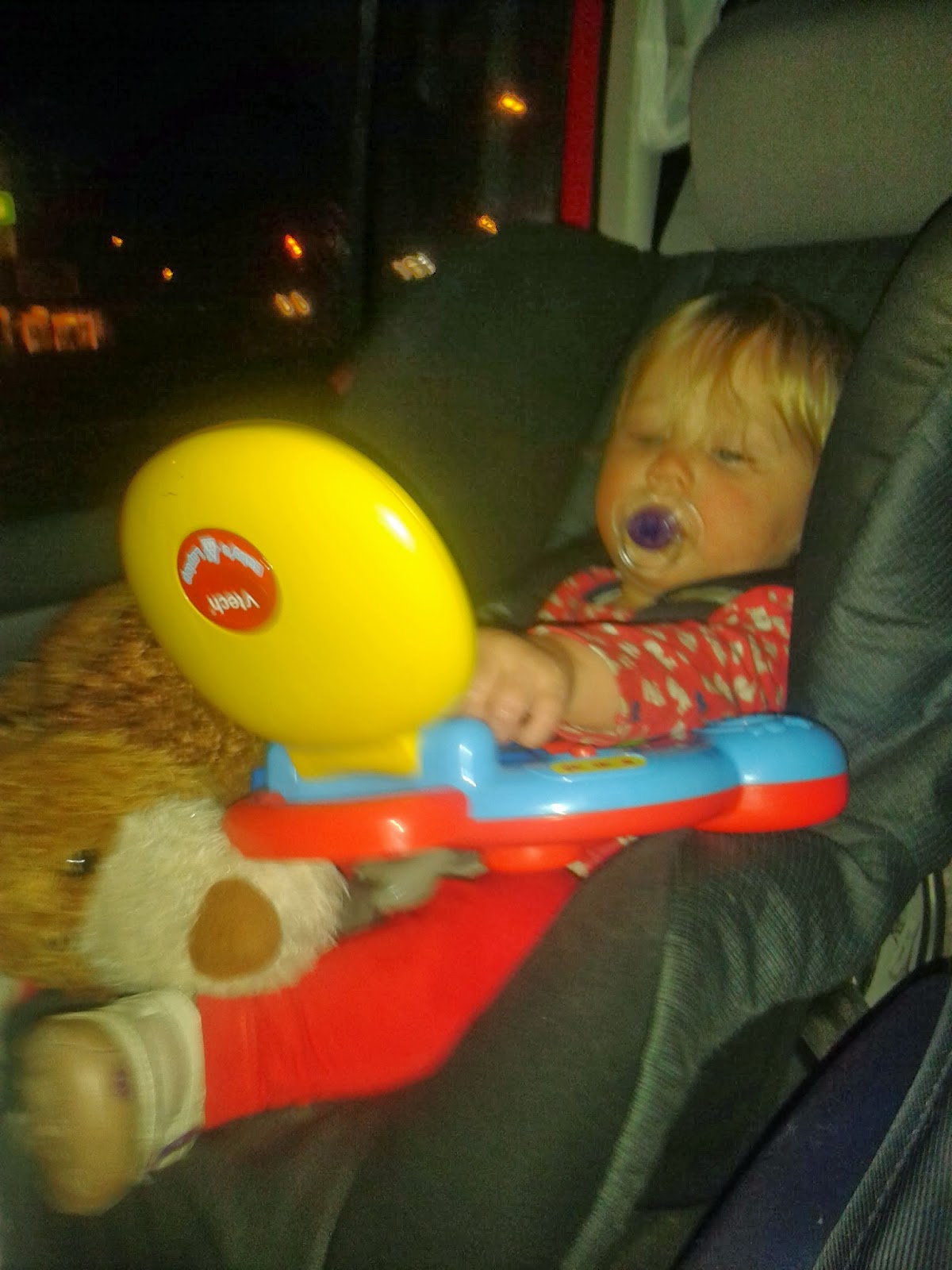 Today Naomi counted to nine,  entirely voluntarily.  She's been having a lot of trouble with number twos (no, not that kind) so this is quite a milestone. Very proud of her today :-) 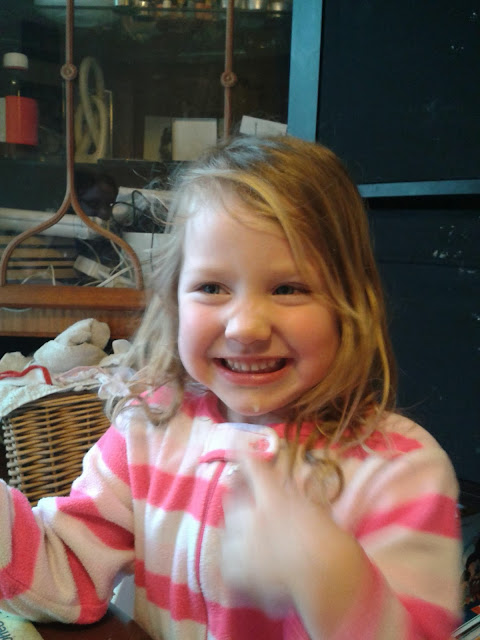