The place we live is *beautiful*.  I walked with a friend up to Stirling Castle today and I thought you might also appreciate the view.

Miriam is on the move

As we told you about here Miriam has worked out how to crawl.  Only that was, apparently, not good enough and now she has mastered walking along as long as she has something to hold onto.  I think she was jealous of Granddad McIntyre's zimmer frame and wanted to get in on the action!

Things are now getting a little bit interesting around here as Naomi learns to deal with a sister who can steal "her" stuff! (Today I bought a second dolls pram as that particular issue was getting out of hand and was well worth the £4 it took to buy a second one and make things easier!)

In case you are wondering, that is a cook book in the pram.  It is only there to weigh the pram down so Miriam doesn't fall over.

Today Naomi went climbing! She loves climbing on my sofa, on tables, on the climbing frame, on the stairs, anywhere I don't want her to be.  So, when a new friend here in Stirling, Sunniva Anne, said she could take Naomi climbing on a proper climbing wall I thought we should give it a whirl!

Here is how it worked out...

Here us Sunniva showing Naomi the ropes (literally).  To add a bit of fun Naomi had to "rescue" Peppa Pig (she loved this element of the game). 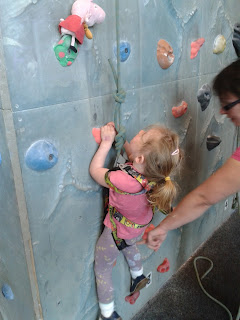 Working out where to put her feet 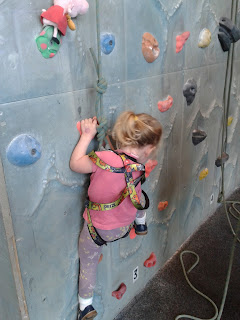 But with her eyes on the prize 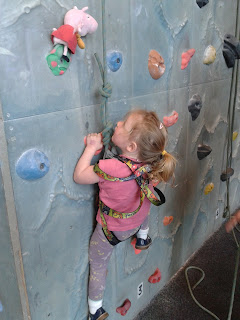 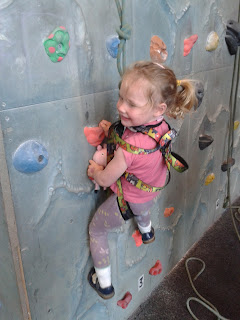 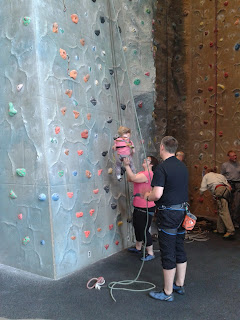 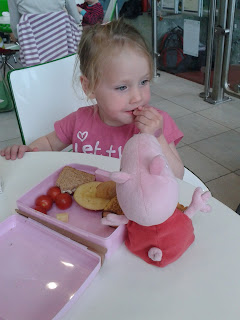 Apparently, though, Peppa needed to be in the picture properly 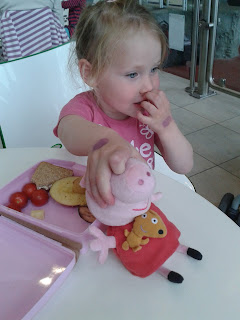 She had an absolute blast and is looking forward to doing it again :-)
Posted by Jay at 12:41 No comments:

Today, Naomi decided she wanted to ride on the bus: 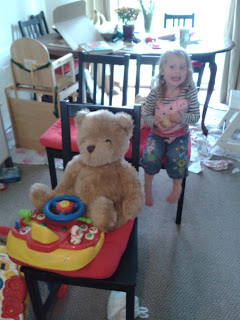 Riding on the bus was compulsory for me when I arrived home from work. "Where are we going?" I asked - "over there!" Well, of course.

In case you're wondering, Naomi is holding a potato. Yes, of course it's relevant! Don't you remember my ride on the bus?

In other news, today in the bath, Miriam picked up the flannel and started trying to wash my face :)
Posted by oldchap at 22:27 No comments:

Goings on and randoms

I have been sorting through the photos on my phone and as a result this post will just be a random set of goings on!!


First, I took Naomi brambling for the first time.  There are some lovely wild blackberry bushes just along from our house by the side of the river.  She had a great time, although now thinks you should be able to eat anything that looks remotely yummy on any bush! 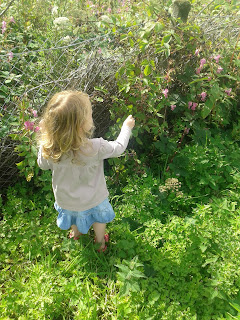 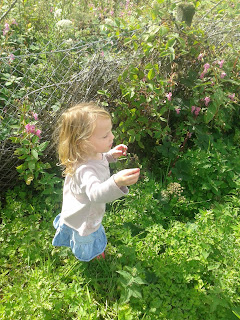 Cat came to stay for a few days, so Sandy and I ceased the chance to go out for a date, just the two of us! We went to a local cafe for a drink (alcoholic) and some pudding.  We were presented with the biggest sweets board I have ever come across, you can see the tables in back ground to give you an idea of scale! Sandy had the lemon posset and I had the chocolate brownie.  It was very yummy indeed! 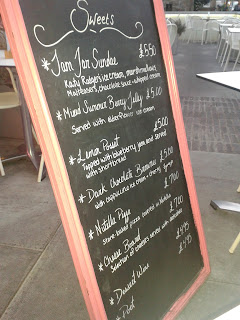 Here is Miriam eating a daisy.  Like you do! 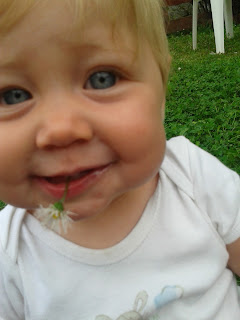 Here is Naomi trying out her scooter (and helmet) for the first time.  She loves it although I get rather frustrated at the snail's pace we adopt as she regularly forgets to scoot and ends up just walking beside the scooter! 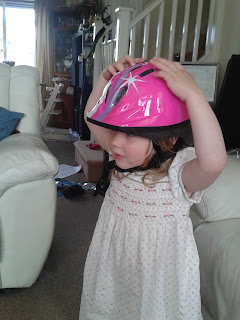 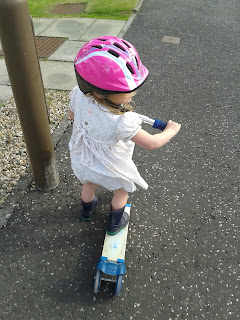 Another new thing for Naomi (and currently to a lesser extent Miriam) a play kitchen from IKEA, the girls had some money sitting they'd been given as gifts and having been reduced in price it finally felt like a good investment.  Naomi loves this toy and also loves pretending to be Katie from "I can cook" on cbeebies. 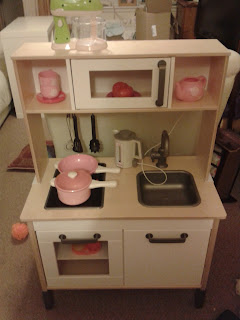 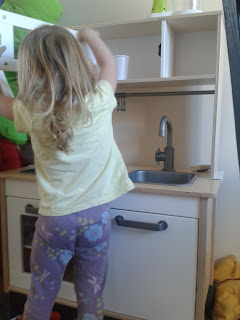 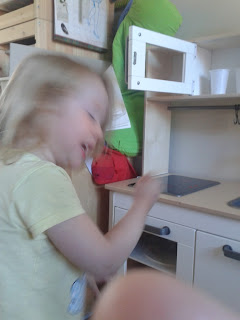 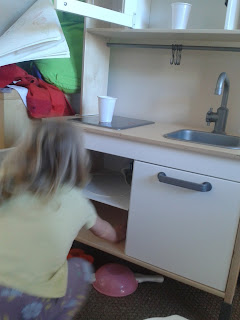 The next day we went into town and I found a toy washing machine in a charity shop, so I thought Naomi could have it to go in the new kitchen. Naomi loved it so much she held on to it all the way home and all through the buggy-based nap that followed! 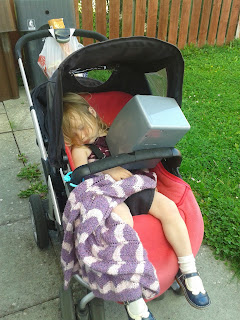 Naomi loves doing anything crafty so I let her do some painting while Miriam napped one day, 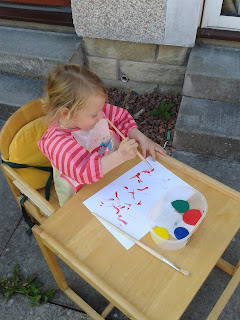 How do you it is time to stop painting... 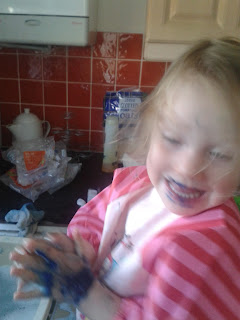 When it is all over the lips! 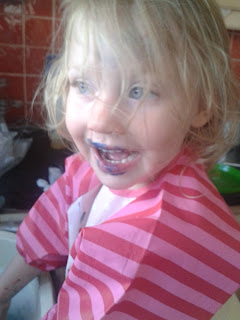 And somehow, despite not being involved in the activity, Miriam ended up blue too! 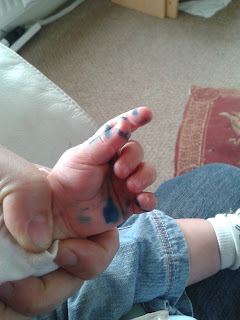 There is at least one more post to follow, but for now, we will bid you adieu...
Posted by Jay at 18:01 No comments:

Miriam has now more or less figured out a crawling and shuffling combination that means she is no longer such a frustrated baby. Hurray!