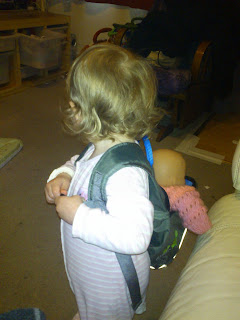 Naomi has recently acquired a baby harness, which her parents hope will make forays into the outdoors on foot a safer experience. Rather neatly it also incorporates a backpack from which the reins can be detached, and it has become the accessory of choice. She's rarely seen without it on, or at least begging for it to be put on. She can even do up the clip which holds it together at the front!

Here she is sporting the backpack, having adapted it to carry dolly just as Naomi sometimes gets carried on a parental back.


Another piece of fun - I thought you might like to see a snapshot of yesterday's mayhem, with the perpetrator in the midst. We don't usually keep her in a drawer, but it has to be said, some kind of filing does make her easier to find. 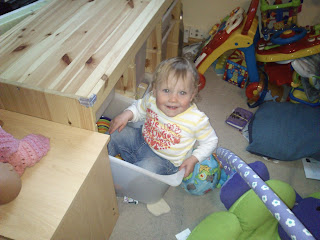 Sandy and I are delighted to announce that we are expecting Baby Brownlee II and our due date is November 11th.

Today we had our scan, here are the pictures we got 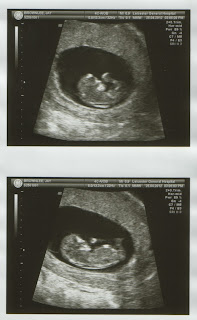 We are very excited about our family becoming 4!
Posted by Jay at 19:52 No comments:

Some weeks ago now we were near the end of a bubble-bath bottle, and opted for a bumper load of bubbles so the bottle could be cleaned out completely. Naomi seems to find bubble fascinating! 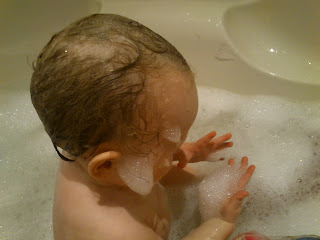 In the past month or so, she's also got in to shoes in a big way. Taking off her one ones seems quite fun (resulting in a couple of near-misses with losing them), but even better is putting on someone else's shoes.  Mummy's slipper boots are quite good for this, but pretty much anything will do. She's developed something of an affinity for putting rings (such as the big plastic ones for her bathtime hippos) on her legs and arms too, being quite happy to sit for the whole of bathtime with those things on.

Anyway, here she is with my shoes - she can even take a few steps in them before falling over... 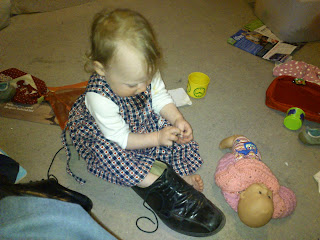 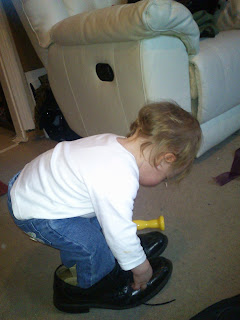 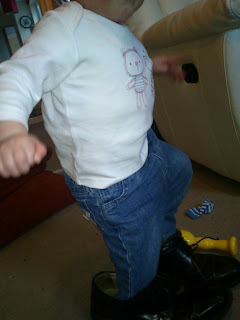 I just had to share this picture; this was at breakfast yesterday morning :) 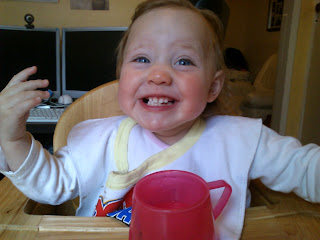 One of Naomi's recent favourite activities has been hiding in a den of some kind. As it's easy to do, we've mostly been using her baby gym with a blanket over it for this. She really likes sitting in there playing with dolly, or the spider toy that's a part of the gym. It also combines well with the hiding / seeking / chasing which she's really keen on just now. It's quite fun to watch her dive into the tent, then peek out again!

She's also getting very good at communicating what she wants. For this activity, that means pulling on the baby gym (which we keep tucked behind an armchair) until it falls out, or a parent is kind enough to remove it for her. 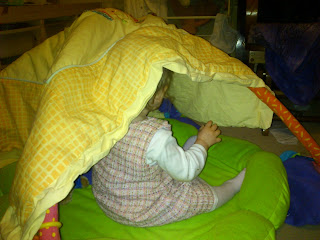 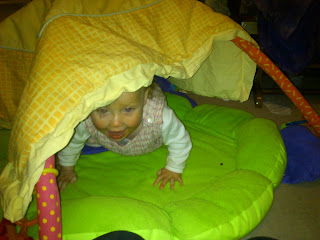 Nothing to do with Naomi! 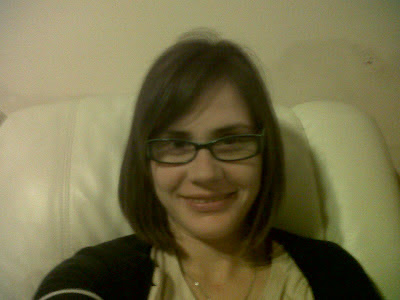 I have a new hair do, thought you might like to see.  It's a good bit shorter than it was before but I absolutely love it!
Posted by Jay at 11:52 No comments:

It was a very long time ago we started so if you need to remind yourself what it is all about then you can read about it here but Naomi is still part of a study run by Guys and St Thomas's hospital in London looking at food allergies in babies/children.  We had to go back to the hospital in London recently for them to do a check up and a few blood tests.

As is the way with an active toddler I didn't get so many photos but I have a few to share, you'll be pleased to know, too, that Naomi is still allergy free! 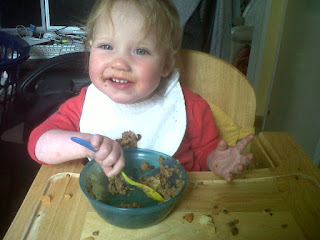 And to finish, a photo of Naomi feeding herself, she has recently become very adept at a spoon, which is quite nice as it now means Sandy and I can concentrate on feeding ourselves while Naomi sorts herself out!  Of course, she now refuses to be fed by us which can be an issue if the food in question is particularly tricky.  Thankfully she's getting better and better every day!
Posted by Jay at 11:46 No comments:

Recently I did a post telling you about the kinds of things that Naomi and I get up to on rainy days but by far our favourite days are where we are able to get out and about.  We've had a really good run of good days recently (although not so much this week) so I thought you'd like to see some photos I've taken of Naomi while we've been out on our various walks and trips. 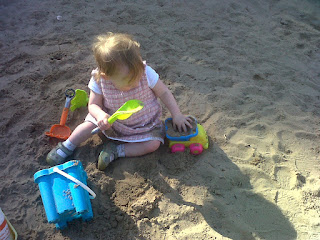 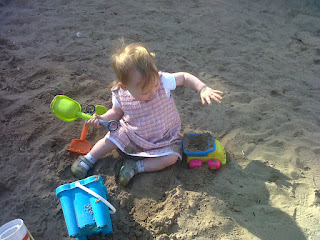 This day we went to the park which has a large area of sand which is good for digging and walking around (it also has a slide in it which is increasingly Naomi's favourite thing to play on).  At the time Naomi didn't own a bucket or spade but some other boys and girls were happy to share theirs, so here Naomi does lots of digging and patting of sand, she was having a blast! 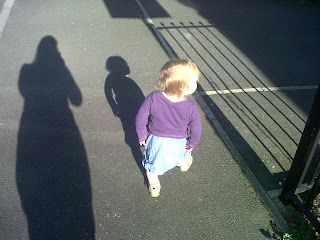 Naomi just loves walking around, so we went for a walk to a wee play area near the house, we don't go there very often as it technically belongs to some houses that all pay for it's upkeep, but sometimes we go for a cheeky wee play as it rarely seems to get used.  This day Naomi seemed to discover she had a shadow and we spent about 5 minutes just chasing our shadows, I wish you could have seen the way she was flapping her arms and being fascinated that when she did something her shadow did the same! 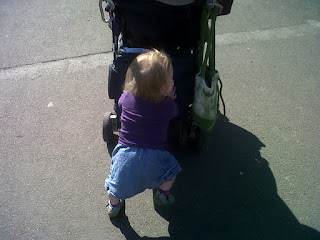 We wondered a bit further later on but when we got to a place where it was safe I let Naomi out the buggy to have a bit of a wander.  Great fun was had by pushing on the nappy bag which was hanging on the back of the buggy, this was the day we discovered that even though we are small we are able to make the buggy go places! 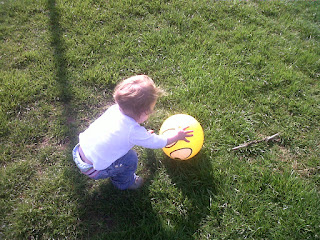 Another recent discovery is kicking/running after a ball, great fun to be had.  I'm particularly fond of this game as it can be played in our back garden so it doesn't need to be a huge expedition!

Finally, if all else fails, we can have a snack in the sun 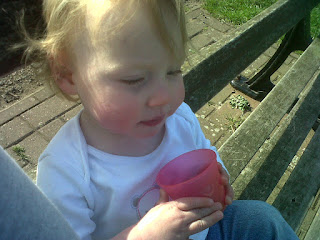 Thanks for reading!
Posted by Jay at 11:29 No comments: