We had been planning to head back up to Scotland for Easter, but having realised that a friend's wedding (James and Kim - this is the wedding associated with the stag do in Milan) was happening a month earlier, we moved the trip to allow Jay and me to go to attend. So it was an "Easter-ish" trip.

After the success of a single day trek at Christmas, and given the reduced time we had due to running low on annual leave, we drove all the way from Loughborough to Jay's parents' house on 1 March. We managed the trip in record time since Naomi arrived (only 9 and a half hours), with only two stops. I actually quite enjoyed it! First stop was at a service area near Carlisle, and the second stop was for a lovely cup of tea at Peggy Scott's, a wee bit after Dundee.

Here's one of the reasons I really like being back home: 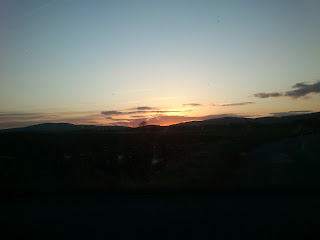 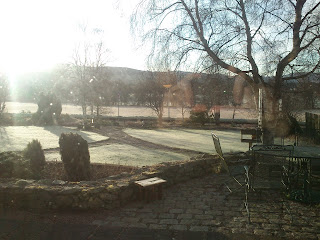 Now on to a roundup of the other activities on our holiday...


On returning home to Loughborough, we've hit the ground running again. It must have thrown Naomi a bit, because now she's trying to use a whale as a telephone... 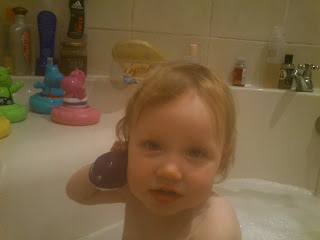 It made me smile at the end of a long day :)

Finally, worth a mention is that it's a couple of weeks since Jay gave her first sermon at church, on Acts 8. I'm really proud of her, she gave a really good message and God was right at the centre of it. I'd hoped to put a recording of it online so folks back home could hear it but unfortunately the usual one that's taken didn't work and I didn't think to make one at the time. I'll try to get one the next time she speaks!
Posted by oldchap at 20:45