On Monday and Tuesday this week I was on yet another trip, this time to Nottingham to visit the researchers there who are in to airport operations stuff. Not a huge amount to report, except that it was a little odd to be so close to Loughborough without going there (I flew in to East Midlands Airport), and that otherwise it was quite a productive meeting. I now have lots of work to do!

Each visit that I do I get a picture of the room - though as you might expect they all look surprisingly familiar! 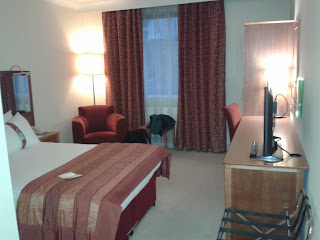 I've not been to the  University of Nottingham before. The CS department is huge - they have a building to themselves. The Jubliee Campus, where CS is based, is relatively new. They've gone for an upside-down library just like Loughborough's (although less concrete and more wood)... 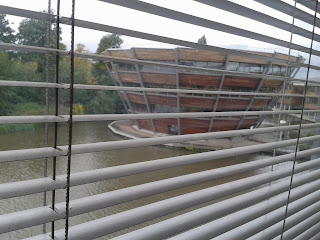 Otherwise, the campus is fairly nice for a city-based one. In the background you can see part of the cigarette factory that it apparently replaced. 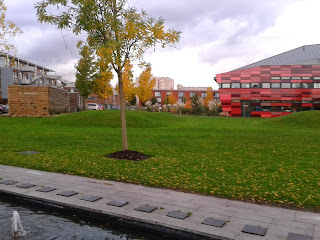 Of course, one of the nice things about being away is getting sent pictures like these: 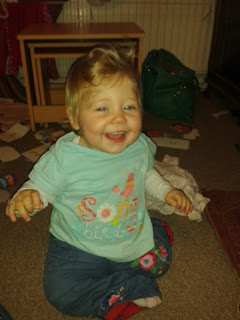