So, apart from last week's toilet humour post, I've not been blogging for two whole months. Sorry about that - I have been ridiculously busy: at work trying to write up papers before moving on to another project (still going on that front, getting there though) and at home clearing a bunch of odd jobs that seem to have amassed from nowhere.

Anyway, we have had some lovely family time the past wee while so here's a bit of a catch up. Some other bits and pieces will follow soon.

Naomi got a medal for taking part in a "virtual run" with Jay. Miriam was sad about that, so while they were out I helped Miriam make a medal of her own. She was happy with it! 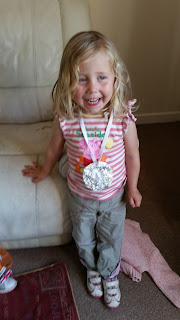 On the one sunny day of the past two months we had a great time outside. In true Scottish form it was dry so we had a barbecue... 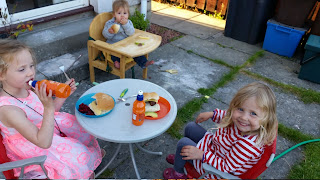 We also rebuilt the Quadro set in the garden that's been a house for the past 18 months. Now it's a train! 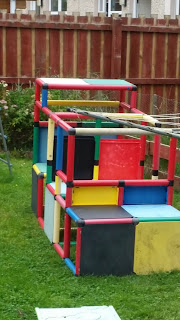 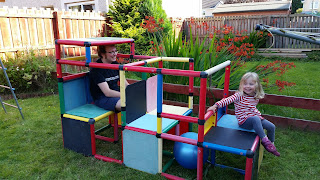 Some more Scottish prettiness on the ride in to work a couple of weeks ago. My office is literally in that cloud somewhere. 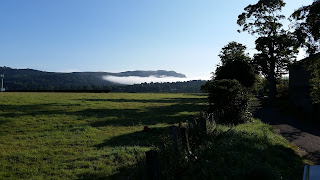 One evening I was supervising the children for dinner time. Naomi felt she needed to protect her clothes so she made herself a napkin. I recently got some new internals for my computer and had a nice evening putting it all together. I was fairly pleased with how tidy it's looking in there now - still a bit more work to do though. Meanwhile it runs like the wind again :) 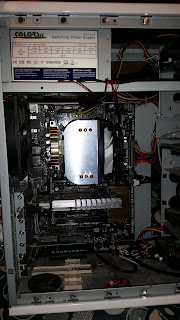 Miriam now likes to line things up. We frequently see things like this. 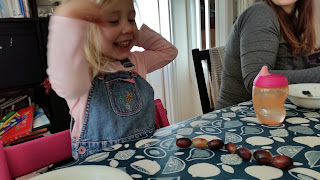 It was really my pleasure last week that when Naomi filled up her button jar and got her treat, that she asked if she could go with me to the cafe. "because I love you Daddy" yes, it really was that sweet. We had a lovely time, soured only because they TOOK AWAY the last of my beverage while Naomi was visiting the toilet. Boo. 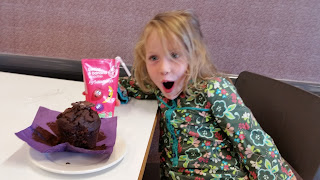 "Smile Naomi" - how Chandler-esque is this? 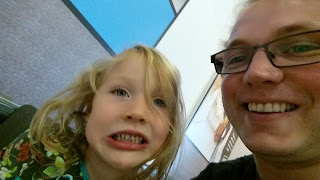 We conclude with last weekend's picking of our vegetables. Owing to this summer's rather disappointing weather we didn't have as much of a crop as last year's amazing bounty - but it was still fun to pull up all those potatoes. We've already had a few peas, lettuce and herbs, below are some tatties, leeks and carrots. Sadly slugs ate all of our peppers and cucumbers before they had much of a life. 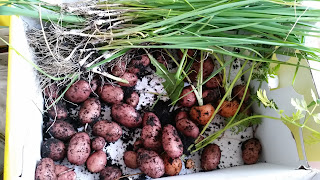 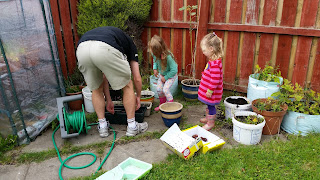 Also, in mid-September we finally developed a single tomato. No doubt it'll be frozen before it's ready to be picked but maybe it will come so something! 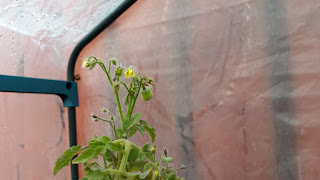