Only a month or so on from putting up the bunk beds for Lydia and Esther, things were going well enough that we were able to take out the cot. It's now found a home thanks to the second-hand shop in town that specialises in children's stuff. The end of an era! No cot in our house for the first time in nine years.... 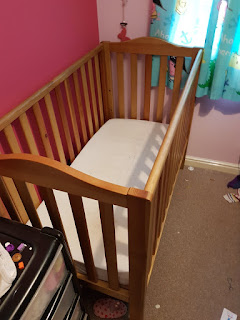 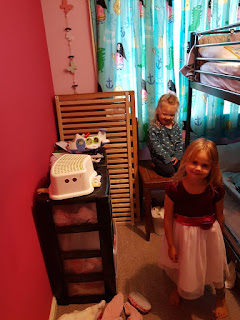 Of course, soon after this Esther realised she could climb out of bed herself and has been giving us a lot of challenges at bedtimes the past few weeks. Ho hum.

Somewhat related, Esther is also now sporting big girl pants! Her she is excitedly sorting them out the day we bought them. So far she is doing very well at the potty, so it's possible that we will also be nappy free in only a few weeks' time too. Jings! 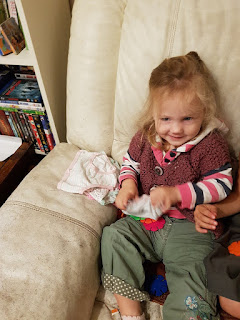