We've just been for a visit back to the north east (now we can be more specific than "Scotland"). In the main this was so I could help do tech stuff at Imagine - which we've blogged about before here and here. Jay took the chance to catch up with a lot of our friends who'd come to the event, and still managed to fit in both childcare and some volunteering with admin things herself.

We packed a lot in to the week and a half. We started with a visit to Granny and Grandad (Jay's parents), then headed out to the McCalls in Kintore, who very kindly put us up while Imagine was on, their house being only a few minutes' drive from the event. (John McCall was my PhD supervisor so you can guess that there was also a good chance to talk research for a little while too!) I briefly saw my old friend Tom in Old Deer, we dropped in to Oldmachar church for a Sunday service, and we saw our friends Anne and Dan Pearson at their new house. We stayed for a couple of days at my parents' house in New Deer - although they were on holiday in France so this was simply a place to stay while I returned borrowed kit to different churches, and it allowed a brief catch up with my sister Allison and her daughters, and my brother Ian and his wife Christine. Ian was also on my team at Imagine, but naturally we didn't have much time to ourselves there! Finally, one the way back south, I got a quick look around RGU's new building at Garthdee and we stopped off with Lizzie Bird.

On the way up we stopped at Peggy Scott's again for a nice cup of tea and some cake. Clearly this went down well: 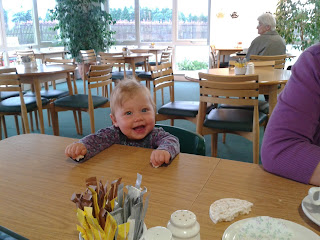 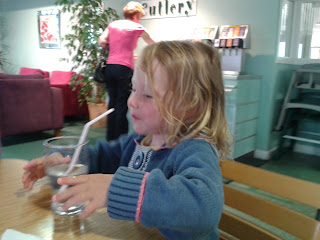 While we were at Granny and Grandad's we nipped over to the park in Keig. 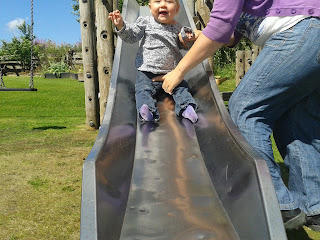 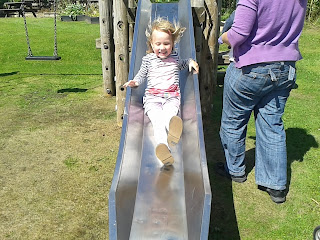 Those action shots above where quite hard to get, as we have very fast-moving children. My camera is full of pictures like this: 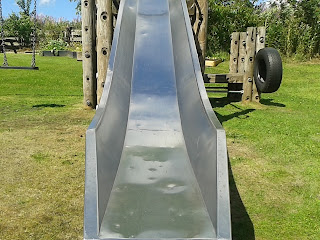 Jay also took the girls to the park in New Deer while I was out delivering kit... 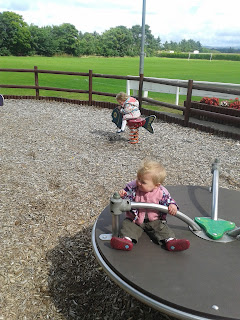 The whole week of Imagine was a tiring exercise. I was working from about 8:30am through to midnight each day. The girls had a lot to do as well, so Naomi much appreciated the double bed at Grandma's house: 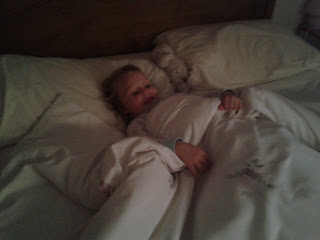 This provided somewhat more space than the former cot mattress we'd taken with us for other places. Apparently our luggage was more comfortable... 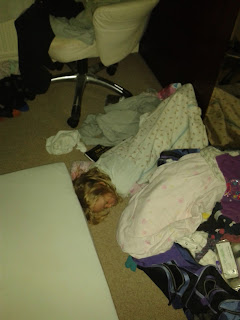 Of course Miriam was happy to just sleep anywhere. 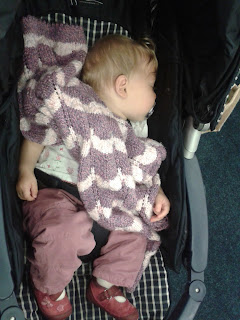 Here is where I spent most of my week - the tech desk - complete with various gadgets and a hefty supply of Irn Bru. 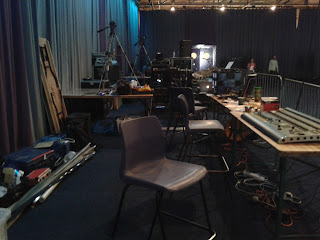 Our job was making things appear on the screens, working the lights, and doing pretty much everything electrical in the smaller breakout venues. 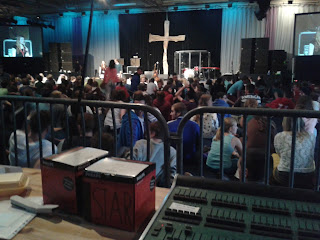 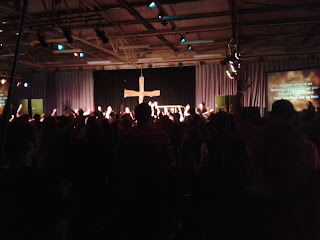 The venue for Imagine is Thainstone Mart, usually used for selling cows etc. In fact, we had to clear out of this venue on a couple of days to make room for a sheep auction! Here's the room set up for the talent competition, which was excellent fun. 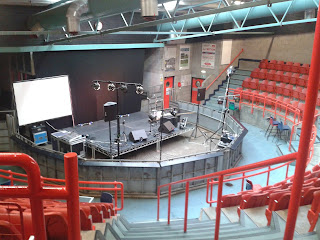 The week is also good for getting to play with lots of toys, like this neat little digital audio desk. It has colourful lights, what more could you want? (seriously, this is one of the best digital desks I've used, very logically set out and easy to pick up, and ideal for the small set up we had for the talent stuff - well done to Soundcraft for this one) 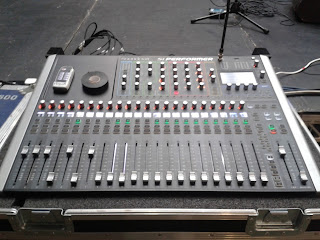 At the end of the week I delivered kit back to various places it was borrowed from. Some had come from NESYFC, which is about to move office from Crown Terrace Methodist Church to Deeside Christian Fellowship Church. NESYFC has been at CTM since 2000, almost the whole time I was volunteering with them, and it's a bit of an end of an era. This is the last time I'll see the office there - a little sad as there are a lot of memories there. Here it is, already in a bit of mid-move disarray... 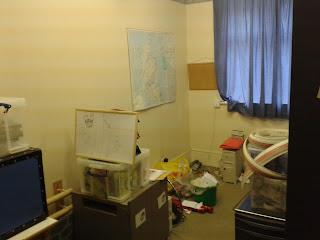 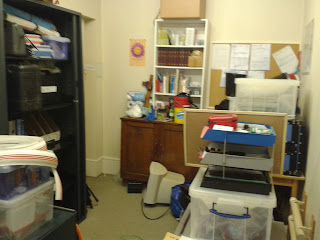 Back to the children. You can guess that Naomi sees me sitting at a computer a fair bit. While at the McCall's house, she made herself a laptop with two coasters (one of which was a magic square so it looked like buttons). We thought this was just excellent... 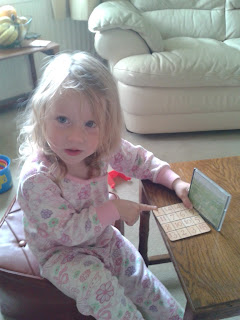 She's also quite adept at the real thing. Here she is playing on Wii Fit at Anne and Dan's house (friends we visited just after Imagine) 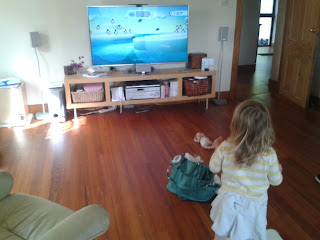 Naomi's getting really good at drawing and painting, and really enjoyed the space made for such things at Imagine. 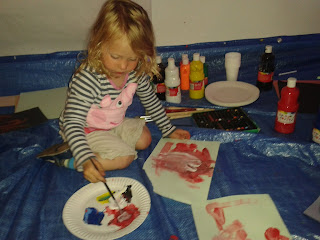 Jay asked Naomi if Jesus was giving her any pictures to draw, and Naomi was adamant that these two were such: 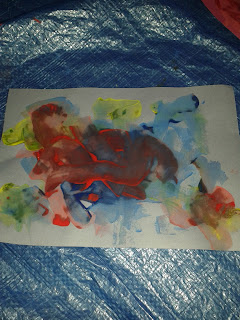 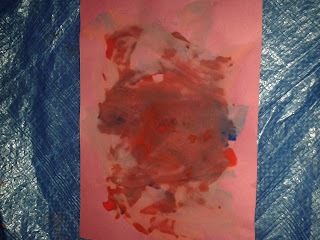 I was particularly pleased with how well the car was packed for the trip back to Stirling! I don't expect it will be this good next time. Lastly, we thought that you might enjoy this picture of Miriam being thoughtful. We do :) 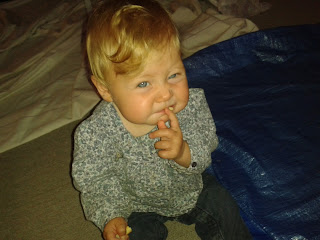