As you can read about here (in case you'd forgotten) Naomi started nursery last January and went every afternoon.  I asked a while ago, though, if she could change to a morning place as I had noticed she was getting too big to take to the toddler groups that I still wanted to be able to take Miriam (and in time bump) to.

So, today after 1 week of chicken pox and 7 weeks of summer holiday, Naomi (a VERY excited Naomi) has returned to nursery but instead of afternoons we now have a morning place.  With this starts our life of getting out the door first thing in the morning with a time we need to be there!

Most of the time it is likely that Sandy will do the drop off so that I am not trying to get two (or three) children out the door but today we all went together!

Miriam and now are having some special time just the two of us (before the baby comes and spoils it ;-) ) and is enjoying being able to play without fear of attack from her big sister 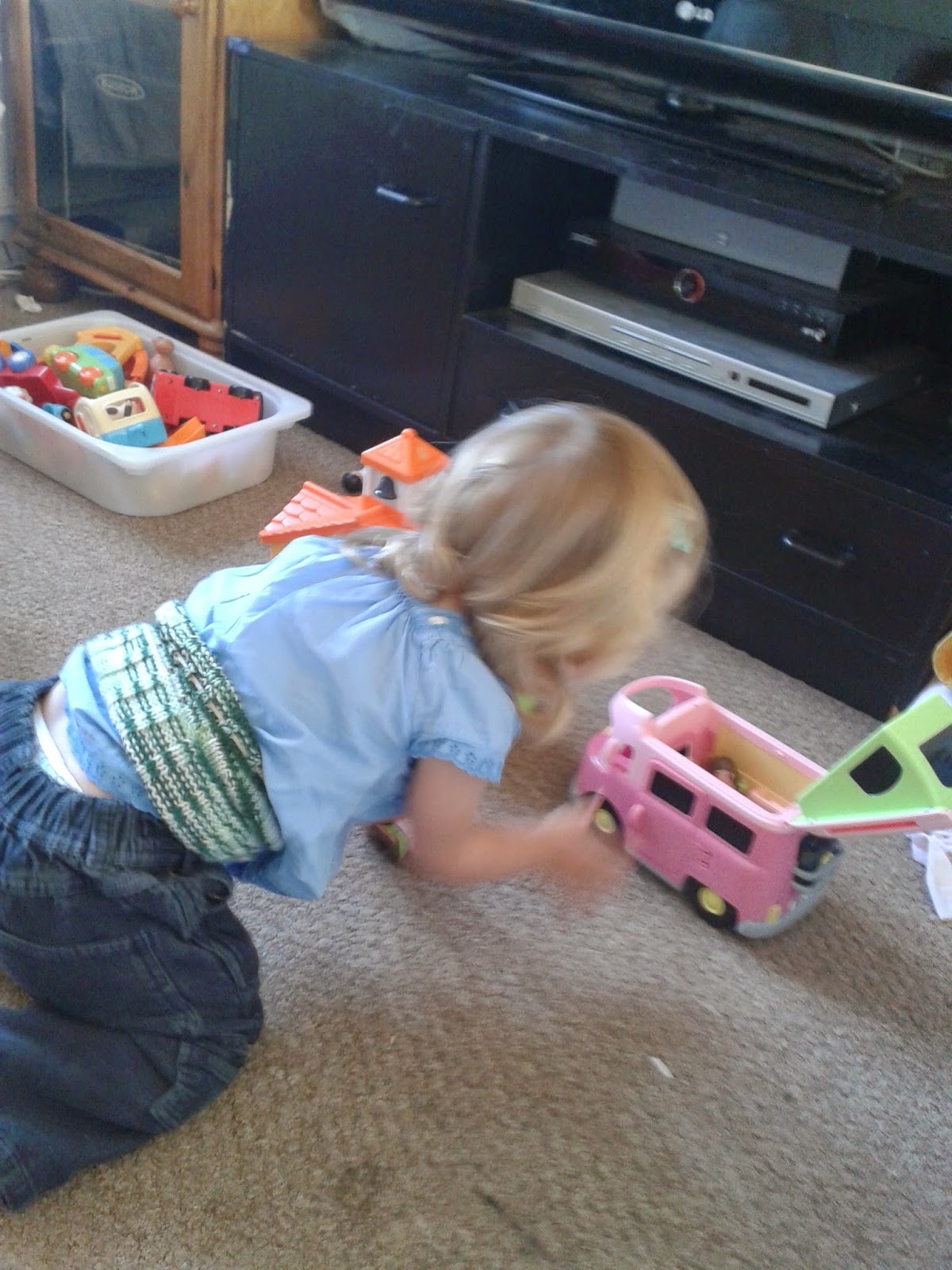 I asked her to look at the camera, she adopted this position but was saying cheese at the time! 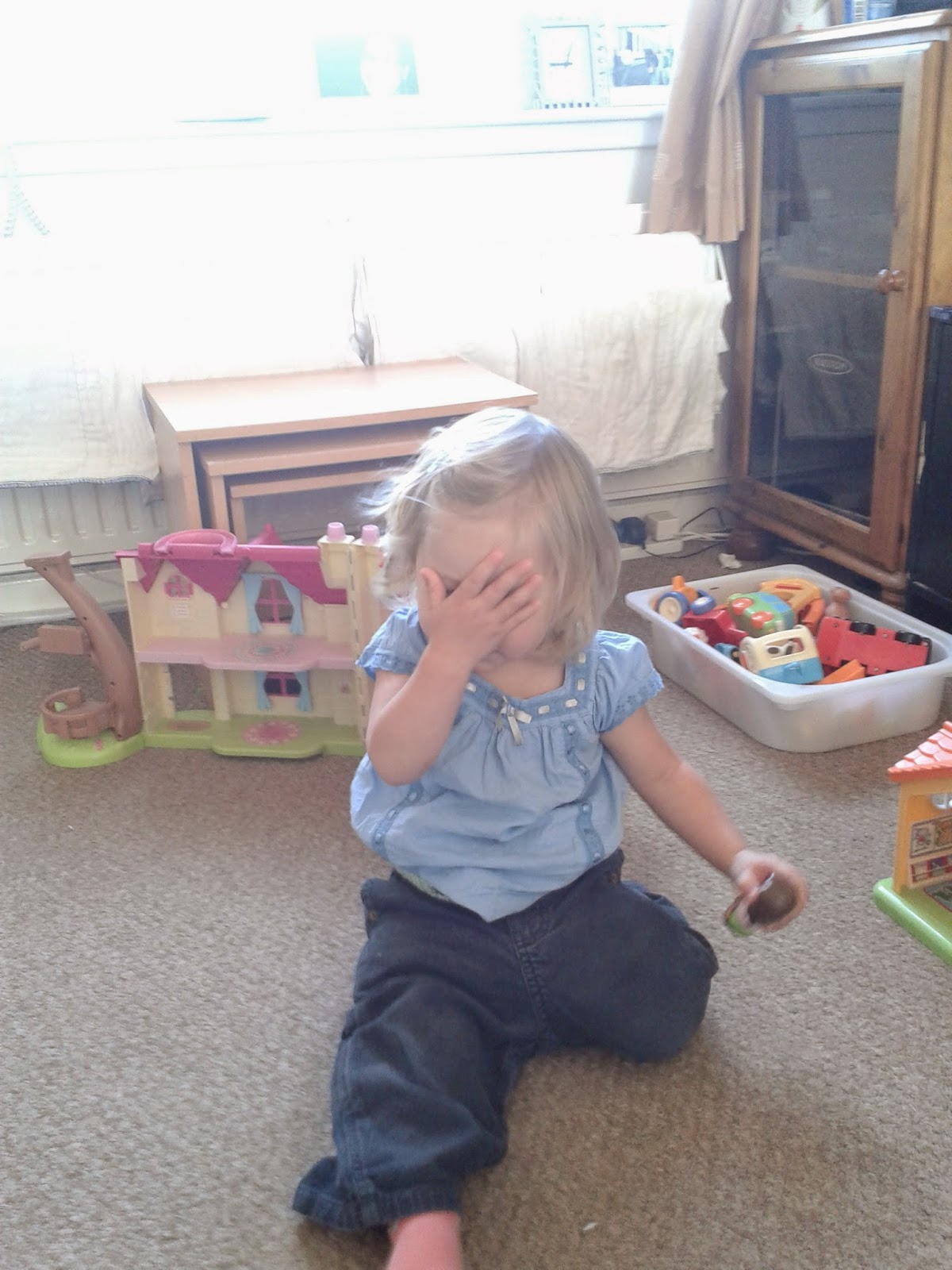 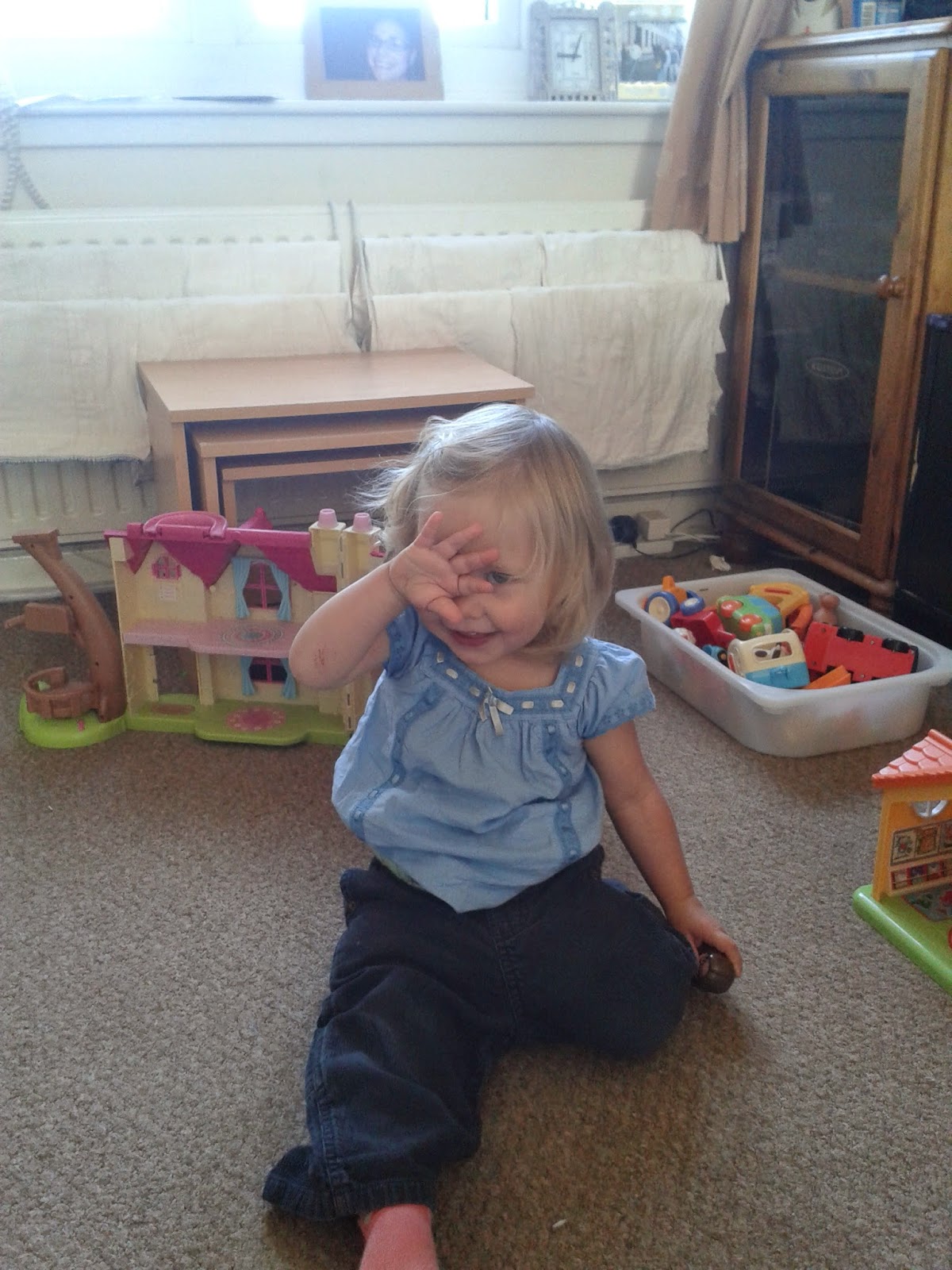