We're going on a bramble hunt

Some days as a stay at home parent are an absolute joy.  While I am quite sure the children will start maiming each other again soon and I will change my mind, I have just had a lovely hour or so with the girls, so much so I thought I would share. 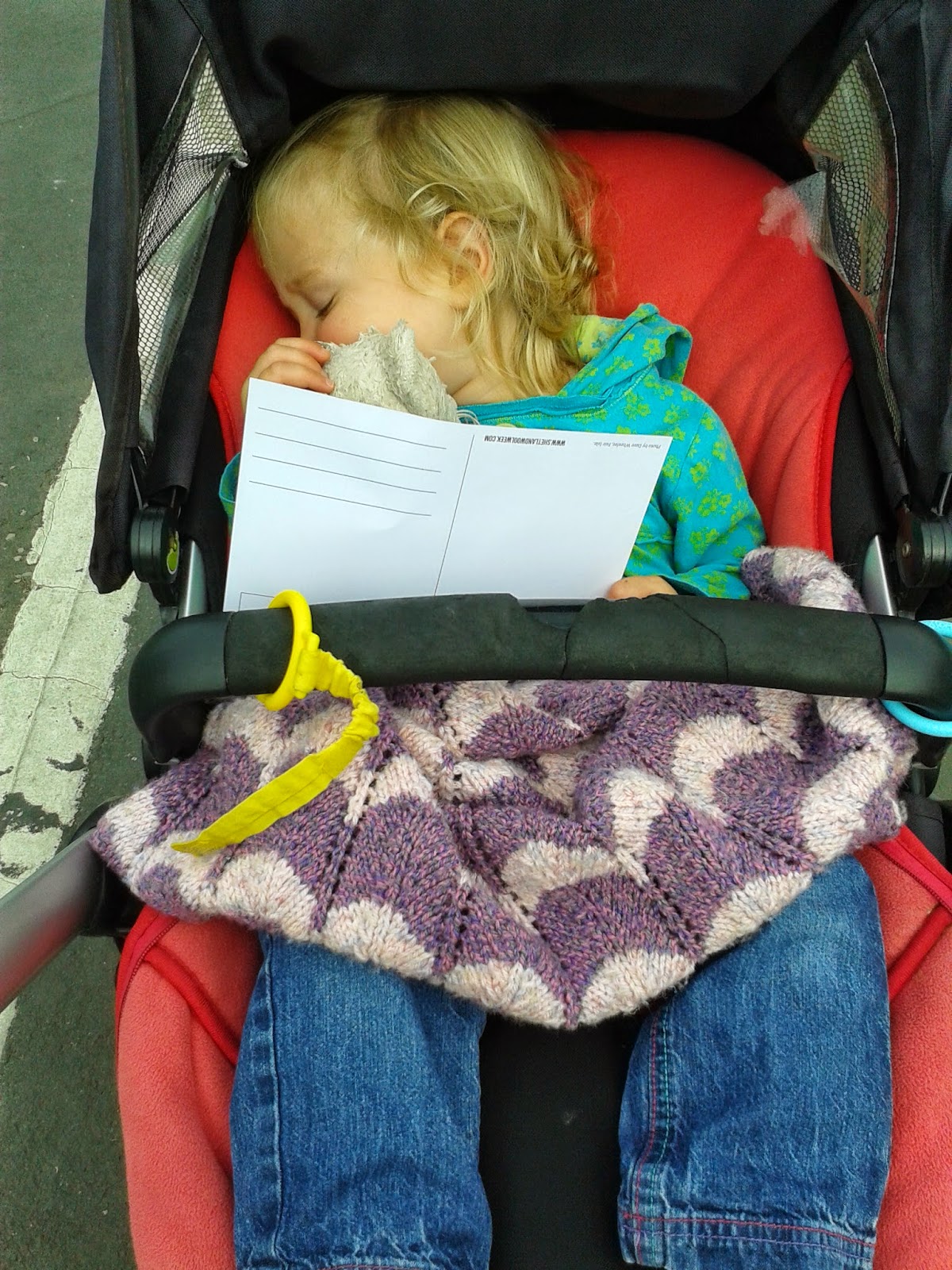 This meant that there wouldn't need to be a nap at home later on which meant we could be free to go out and do something fun.  We decided to go brambling!

On the walk to a spot I knew had a few good bramble bushes Naomi started retelling the story of "We're going on a bear hunt" but changing the words so we were going on a bramble hunt.  She skipped along and looked for things that we couldn't go over, under or round.  She found grass, the river, a road and some mud! I was very impressed with her imagination (although I'm hoping to film her making up a story from scratch soon, she told the most amazing bedtime story last night about mice, gruffalos, monsters and dinosaurs!) and it helped pass the time while we walked.

Naomi was incredibly good at finding the brambles and her hands were small enough to avoid the nettles (I wish the same could have been said of me!) 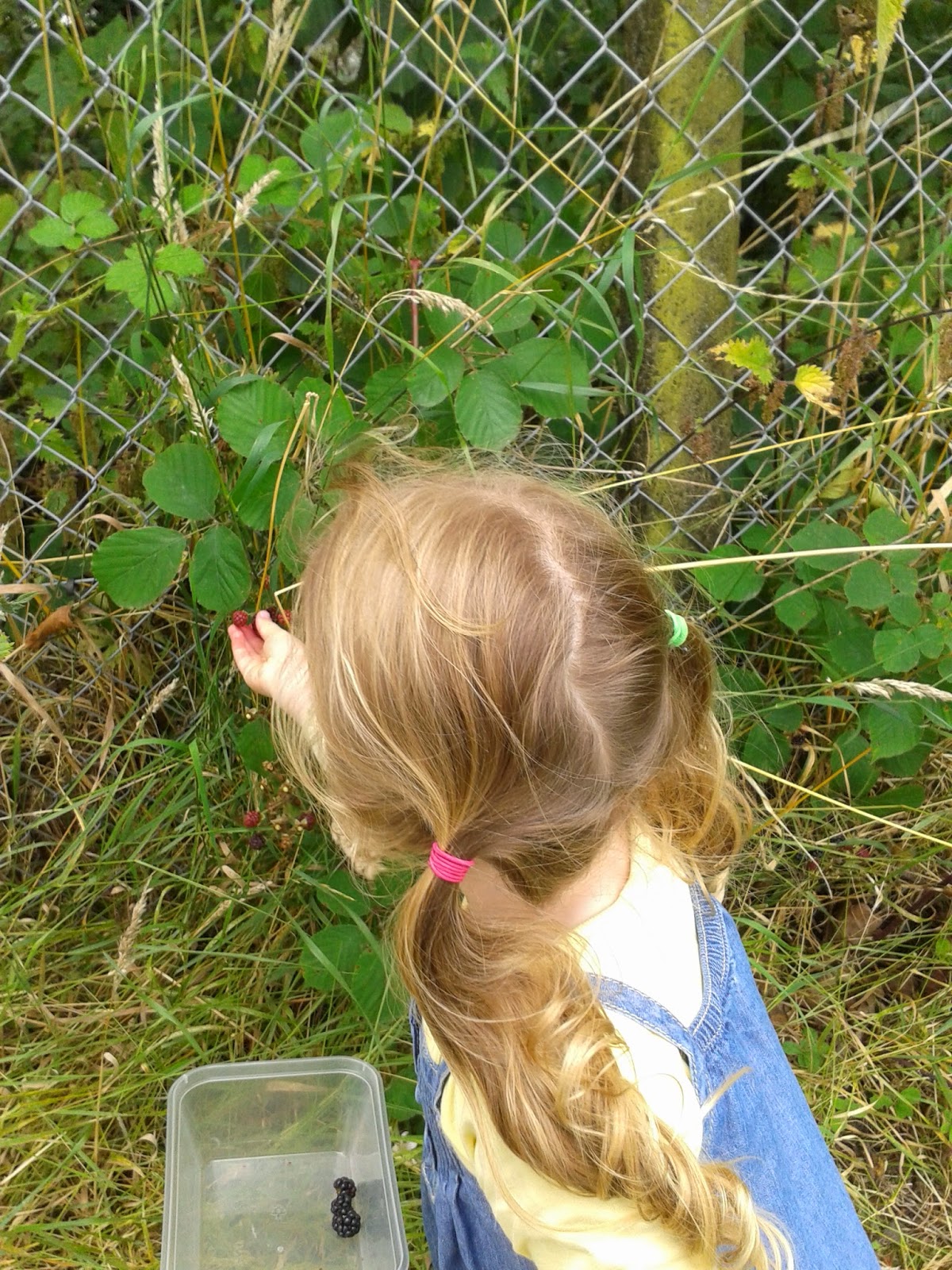 Miriam had a go too 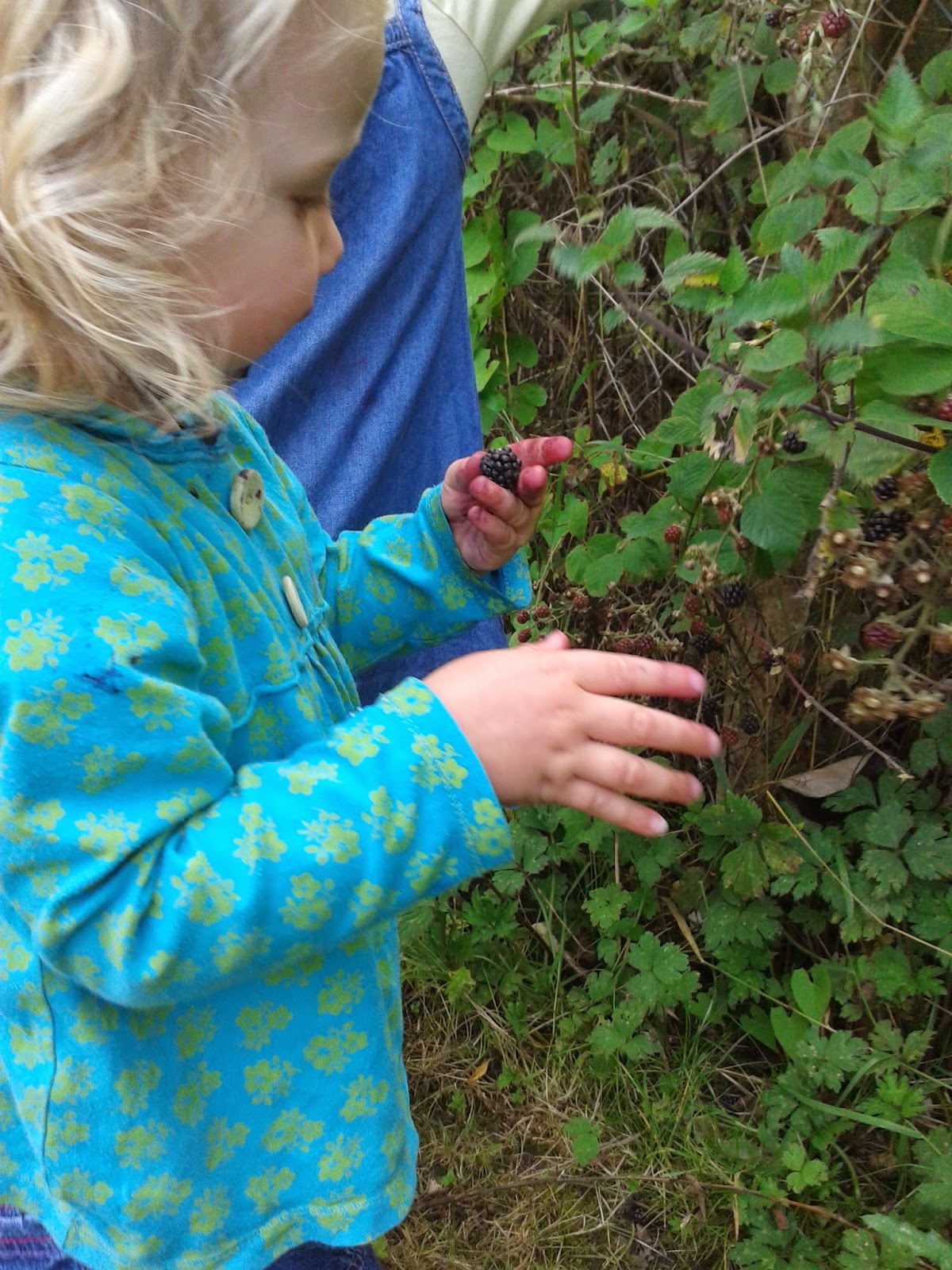 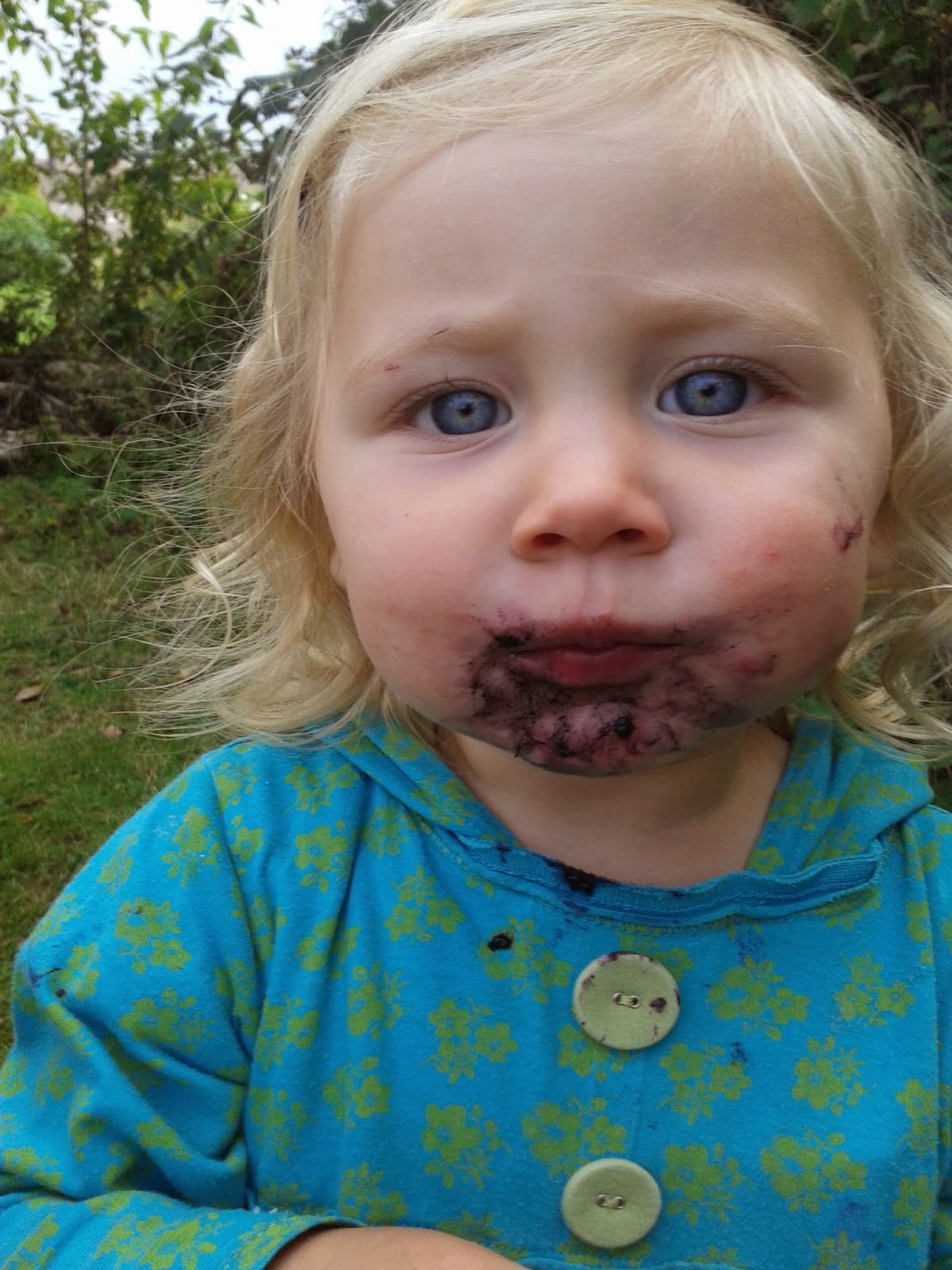 As you can see Naomi tried a few too... Showing off her spoils... 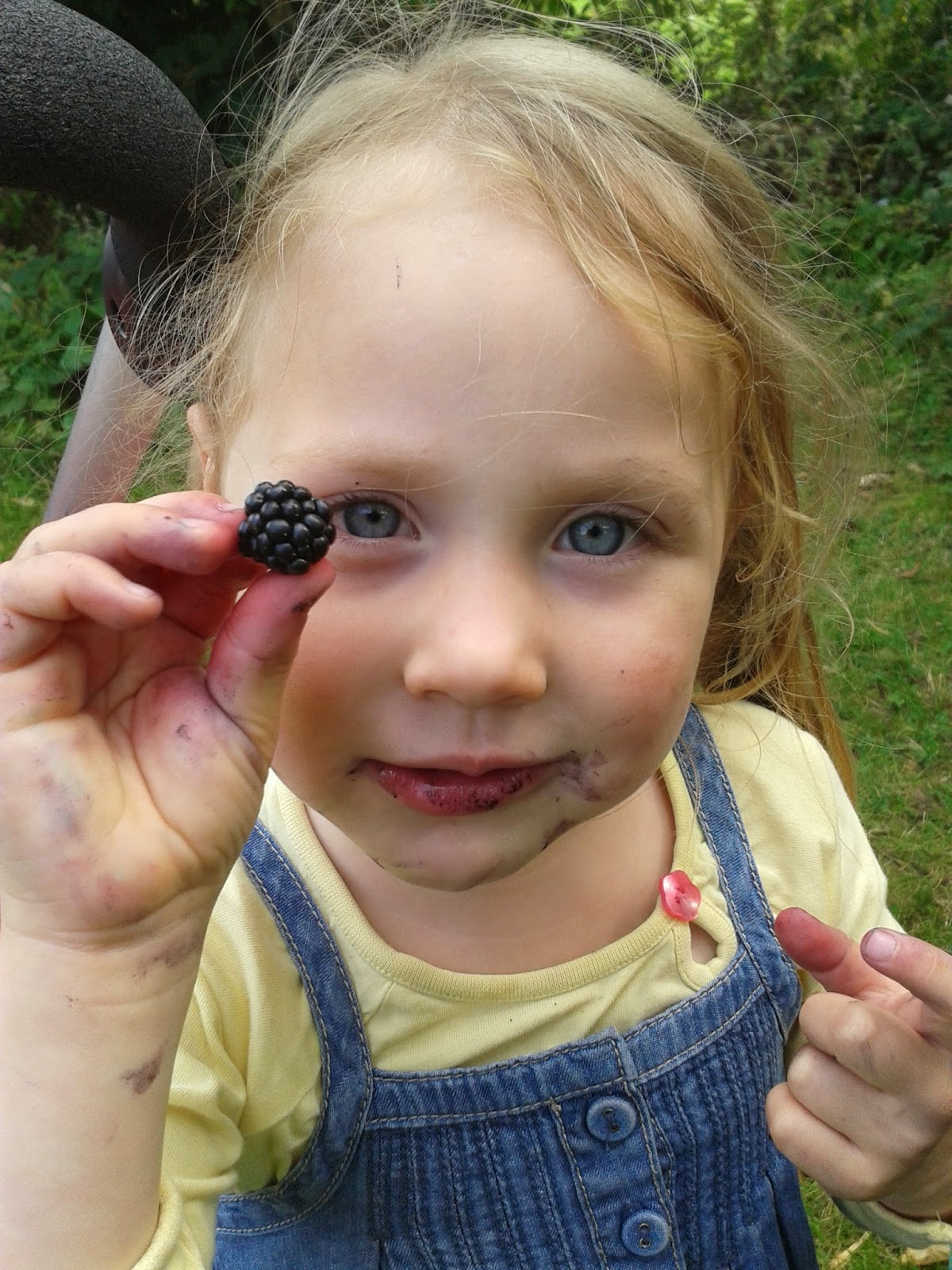 I let Miriam walk some of the way home and she very much enjoyed having an opportunity to collect sticks.  She does love a stick! 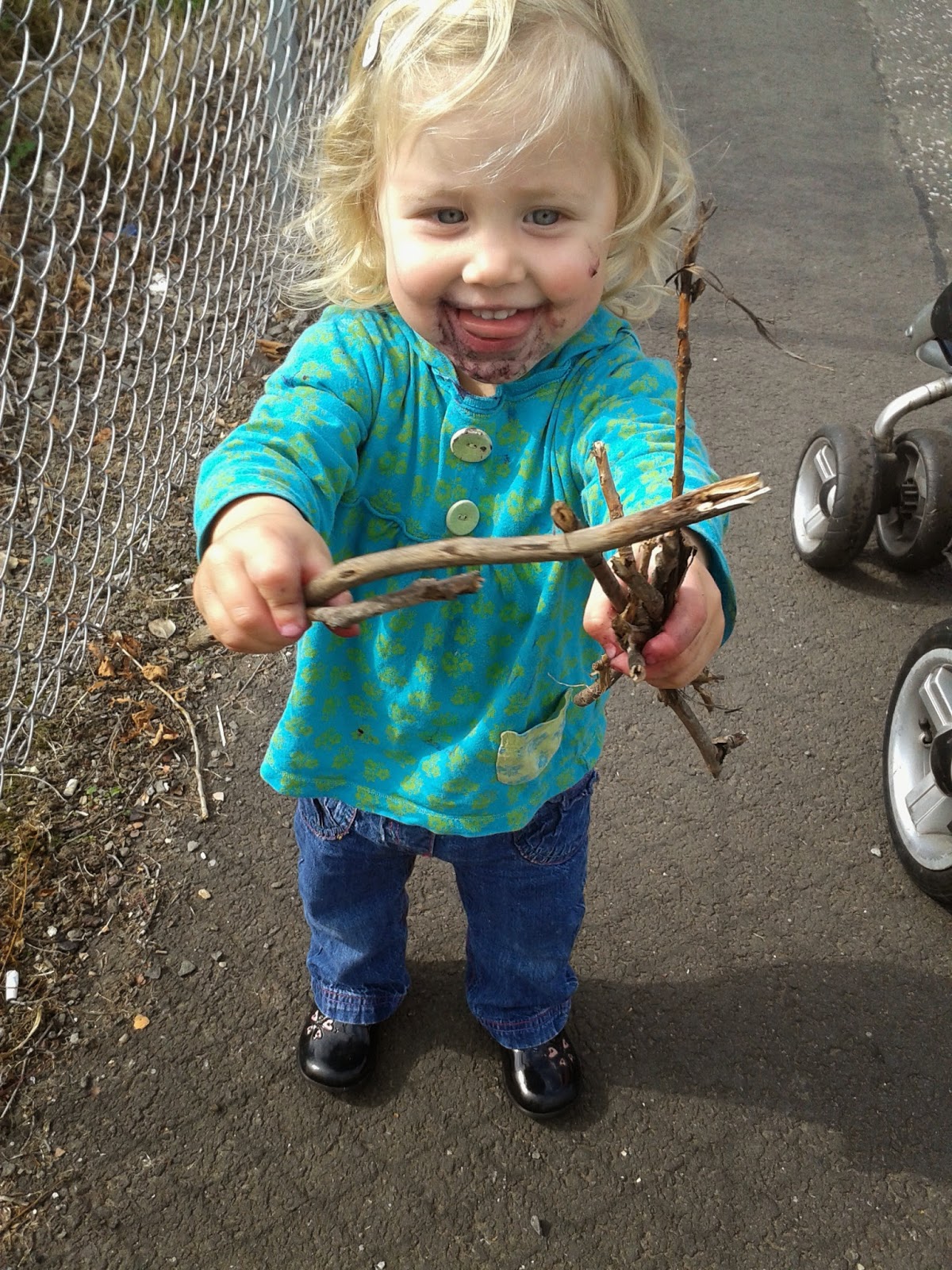 Now I just need to work out what to do with all my brambles! 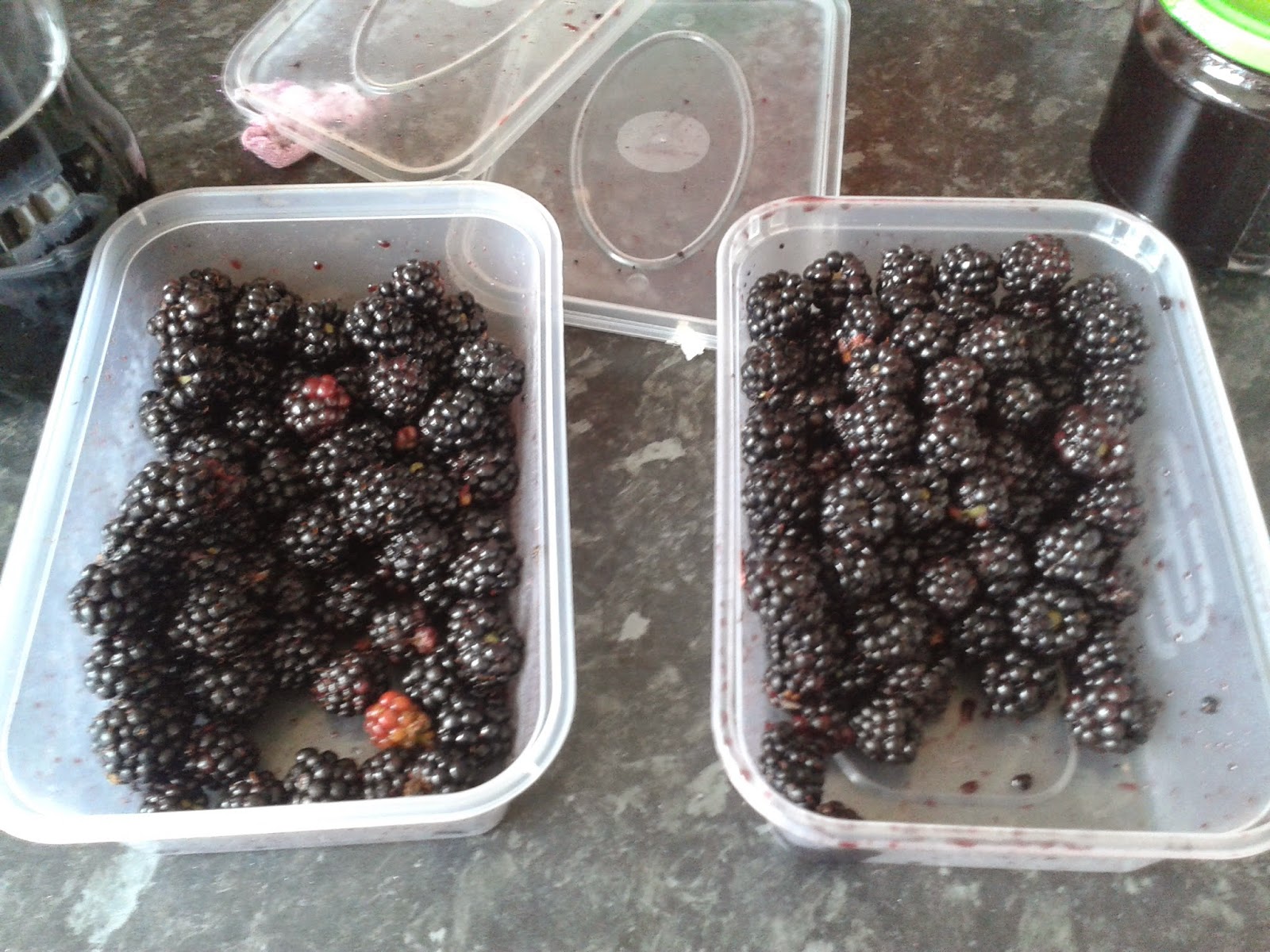 Email ThisBlogThis!Share to TwitterShare to FacebookShare to Pinterest
Labels: Activities, Fun, Goings on