We thought we would give you all a bit of an update of things going on at our new church, Open Heaven.

The first thing to say is that this group have people have welcomed us in with open arms, and although I am VERY excited to get home and see some of our friends and family this Christmas, I am slightly sad I won't be around for some the church related stuff going on, as I really do feel I am making real friends here. There have been a few "events" on in the last few weeks, and so we thought you might like to see.

On the weekend that we went to the BBC to see a show be filmed we went to the OH1 expression (instead of the usual OH2 one) mainly because it meets in the afternoon and meant we had plenty of time to get back from Bracknell without feeling rushed. We turned up and it turned out it was the "Christmas Event" which is an opportunity for (especially) students to bring their friends along to something, sing some carols and hear some of God's word. The theme was "A Question of Christmas" and was based around the format of the BBC quiz "A Question of Sport". Sandy was incredibly pleased to learn that there were mince pies galore and a cup of tea before we even got started. He was also quite tickled by the number of boxes of mince pies there were, so he took a photo. It was quite dark in there, but we hope you can get the jist! 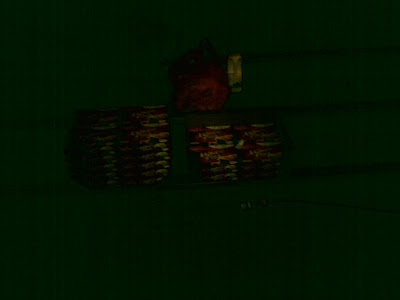 Not long after this, we went to the Open Heaven Christmas ball, this was a wonderful night, mainly occupied by students (babysitters are hard to come by for church events, because everyone just helps each other out!) but a great night none-the-less! There was a Christmas meal, turkey and all the trimmings, and a dance with a live band (although I much prefer ceilidhing where everyone is doing the same thing at the same time and there are set moves, I am not so up for the turn and slide kind of dancing!). Again it was quite dark but we took some photos so you might be able to pick out a few things! 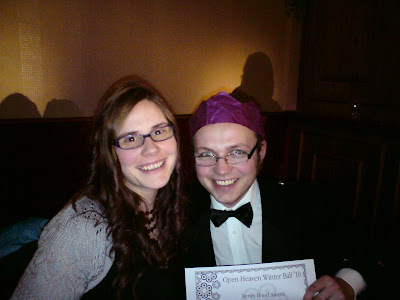 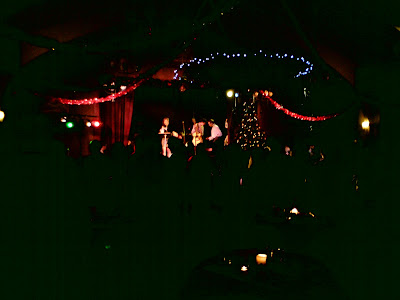 In the photo of Sandy and I, you might notice that Sandy is holding a certificate. My lovely husband won the award for best dressed male having gone dolled up in his kilt! There was another chap (from Inverurie of all places) who was there in a kilt, but I agree (even if I am biased) that Sandy scrubbed up best!)

The next thing we have done at church is attend our first ever Christingle event. Now I have lots of friends who would be better qualified at explaining what this is about, but as far as I can tell you sing some carols and then you stick some sweets and a candle into an orange with a red band around it. Everything symbolises something, so I shall try to explain!

The orange = the world/earth
The sweets = God's goodness
The cocktail sticks = North, South, East and West (that this is for everyone)
The red band = the sacrifice that Jesus made on the cross
The candle = the light that Jesus brought and left in us.

Here is a photo of my Christingle once I had finished it but before I ate the sweets!! 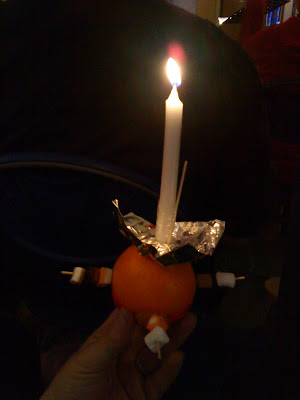 So, that is it for now, we will miss our OH friends over Christmas but will see them all in the New Year when we get back from Scotland (hopefully)!!

Just to finish, if you would like an updated bump picture, here is one from the night of the ball (although I think it is bigger than this picture makes it look!) 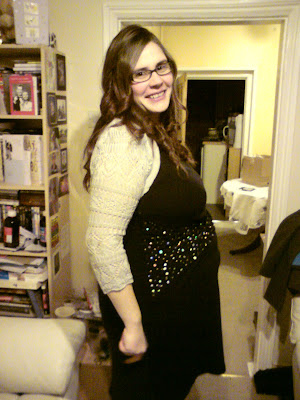