Many of you will know that we (and I in particular) have been travelling quite a bit of late. My first trek was in late March, to the EMO2013 conference. (Yes, it's really called that) No papers to present at this one, just a glorious bit of networking and learning about what other people are getting up to. In case you're wondering, EMO is Evolutionary Multi-criterion Optimisation, which is using genetic algorithms to find the trade-off between conflicting goals; a prime example being what I've been up to at Loughborough, finding the trade-offs between cheap, comfortable and energy efficient buildings.

No trekking far afield for this one, just a train up the country to Sheffield. Here's the view from my hotel window, overlooking a tram bridge (some of us like that type of thing...) 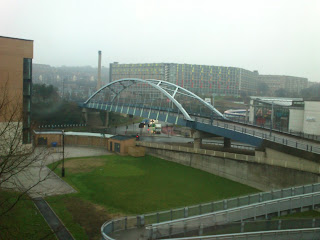 The conference was held at the University of Sheffield, a couple of miles from the city centre, so we had to get a bus there at 7:30 each morning, and returned late at night after the sessions were all done.

The conference dinner was at Chatsworth House - very nice! Here's some poor-quality shots of the house's splendour... 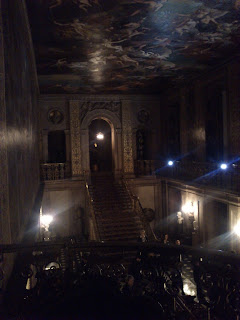 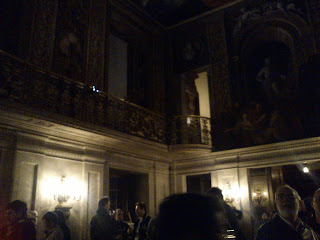 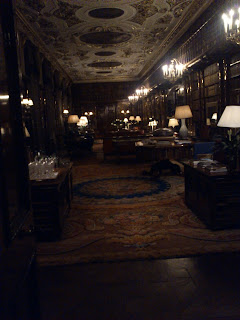 On our walk around the house, we were presented with this lovely table setting. 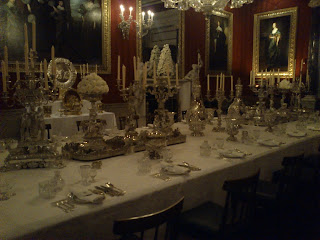 Sadly, it turned out that our dinner was to be served in the stables, though it was still pretty good: 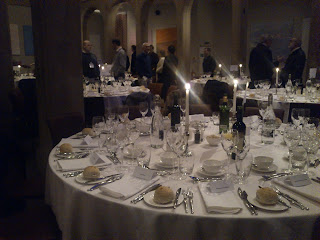 The conference was pretty good, lots of interesting stuff to chew over. Also, at the end of it all, I got a lovely bag to show off: 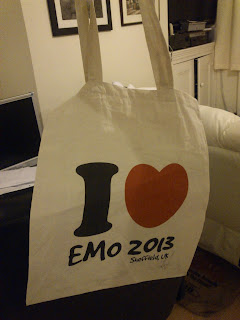 Super! The one sad part of it all is that it's getting harder to leave all the girls behind. Naomi was very sad that I was gone, and most happy to see me when I returned. As an aside, in an exciting move, Naomi's getting good at doing puzzles! 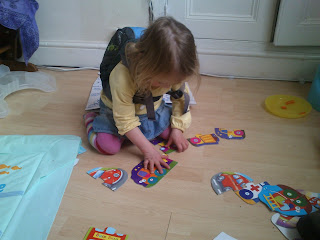 My next trip was to a wintry Stirling. More on what that was all about later, but for now, here's a shot of the view from the Computing department windows there. Yes, that's the Wallace Monument. 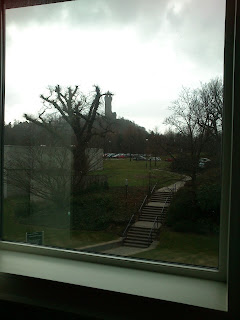 Straight after arriving back from that trip, we then all got in the car and drove back to NE Scotland, for parental visiting and my brother's wedding. Installment one is the trip up, which I think nicely rounds off this post...