A few months back an email went round our church: one of our members works for the local MSP Bruce Crawford, and was able to get tickets for a few of us to see First Minister's Questions, plus a tour of the parliament. I've never actually been to Holyrood since it was opened so I was quite up for it. The only problem was that the trip was on 13 November - potentially clashing with a birth! As it happens though, Lydia arrived early enough that the trip was the day after my paternity leave finished, so I was allowed to go.

The place is really good - obviously there is security to clear but after that it's a nice open place. Unlike Westminster (where there's a very "us" and "them" approach to the layout), everybody shares the same spaces - MSPs, staff and public. The debating chamber is very accessible and there's lots of room for just informal discussions.

As it happened, this was the last FMQs with Alex Salmond as First Minister. The actual questions part isn't all that informative - it's more a bit of pantomime that mainly appeals to people like me who used to do debating. Naturally for his last session he was on fine form! We also had a chance to chat with Bruce afterwards. I've met him a couple of times before in passing at SNP branch meetings, and he's a really nice guy and very committed to the local community. (Actually, most of the MSPs I've met over the years have been like that in person) The group talked about a few issues - and it was all pretty interesting. At the end, the main message was that if you feel you're not being heard, just ask for an appointment or write a letter (not just a form email which produces a standard reply - show that an issue matters by taking the time to write yourself). I've had much the same message from a few elected members of different political colours.

We were told during the tour not to take pictures, so I've taken up my other skill of courtroom sketch artist to give you a feel of what it's like to stand on the floor of the debating chamber:

Finally, I'll close with a slightly more realistic shot of the outside of the parliament. Worth a visit if you get the chance! 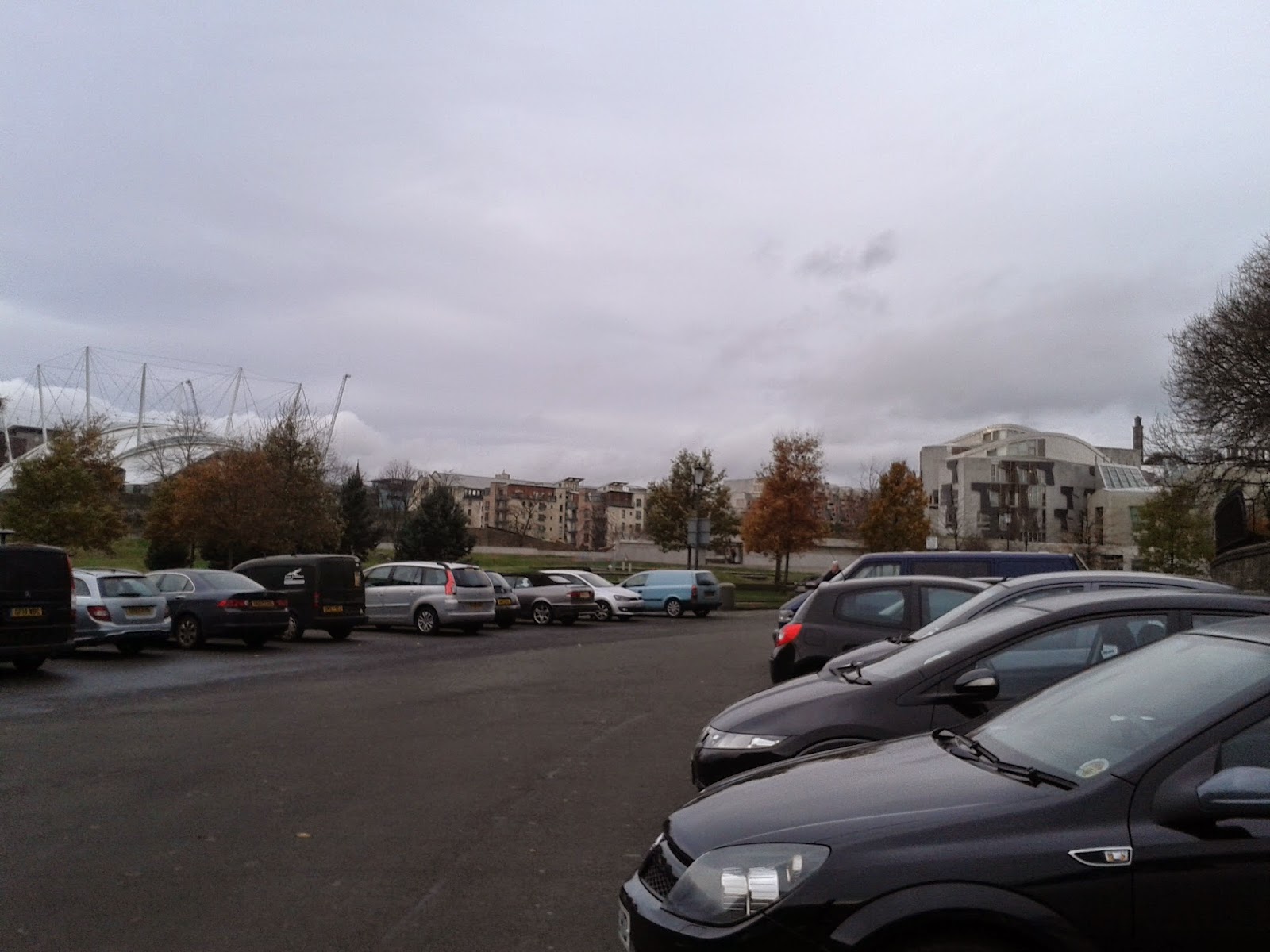