Here I am on day two of my new job. As is the way with such things it's a bit of a slow start, but as it's the reason for our move to Stirling I thought it would be worth a bit of an update on how it's going.

I'm based in the Division of Computing Science and Mathematics at the University of Stirling. My job title seems to be up for debate - I've been referred to as Senior Research Fellow, Senior Research Assistant or simply Research Fellow depending on where you look. It's probably enough to say that it's a research position and there seems to be quite a bit of freedom with what I do with it. I'm initially working on a project related to the optimisation of airport operations, looking at questions like "what's the best way to allocate planes to gates to reduce taxiing time, reduce crowding on the passenger side and meet constraints to do with plane sizes and so on". Specifically I'm looking at all manner of things to do with evolutionary algorithms and the broader field of metaheuristics (that is, general problem solving algorithms). All very interesting stuff. I've had a chat with a few of the other researchers here and it sounds like there are a lot of possibilities ahead.

I'm based in room 4B 101. This means that I'm on floor 4, of the B corridor (the university is mostly contained in one long snake-like building, with an A and a B corridor along it), and in Room 101 (so if I mysteriously disappear it'll be no surprise...) I've spent the past day or so figuring out who does what and where things are, as well as catching up on some reading and writing that got postponed by the busyness of the last couple of weeks at Loughborough. I also caught up with my good friend Paul Godley who's also just started a job as a software developer at the university.

For now I'm sharing an office with a handful of other people - a couple of research students and a visiting prof. I'm told that other than one guy, all of them will be moving on by the end of the summer so there's potentially much change ahead. I've commented before about how Loughborough's campus were quite nice: Stirling's is also pretty good. Here's the view from my desk: 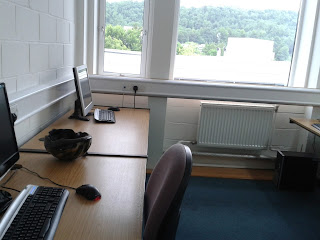 Also, the morning commute is quite pleasant. About 15 minutes on the bike through a mixture of countryside and housing. 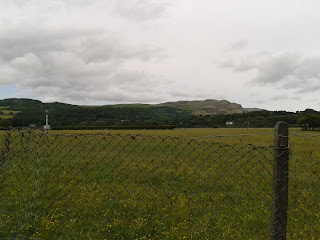 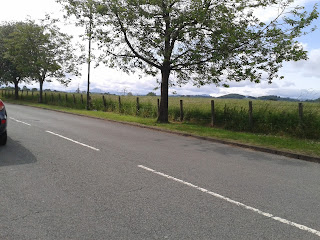 I also get to cross over a railway line (the main one to Perth from here) which you might guess is quite pleasing for me.

One of the other things about Stirling is the you never really escape the scenery, so there's usually quite a diverse mixture of fairly plain looking houses with nice mountains behind: 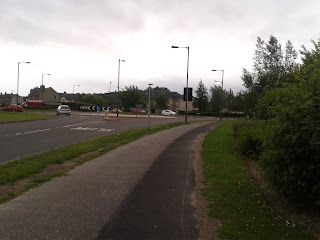 This is the view from our bedroom window... 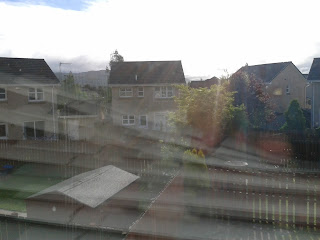 I thought I'd round off with a couple of unrelated pictures. Firstly, here are the girls in a shopping trolley. Yes, we went to a supermarket at 5.30pm on a SUNDAY! One small joy of being in Scotland again (when we first moved to Loughborough we wanted to get ingredients to make a cake on a Sunday night and drove around for a considerable time trying to work out why the supermarkets were all closed). 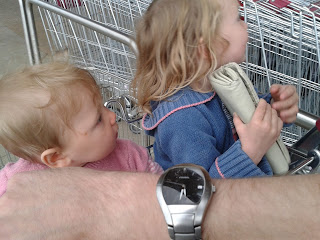 Here's a removal truck. Mainly for advertising purposes because these guys were great. 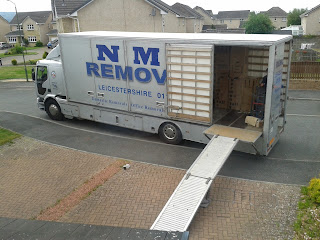 The lorry driver was particularly kind and gave Naomi some money to buy an ice cream when she was going through a brief period of sadness. 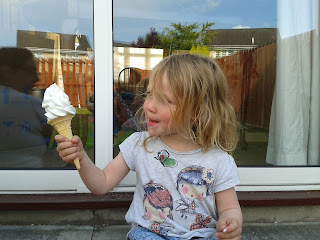 Dinner on moving day was outside... 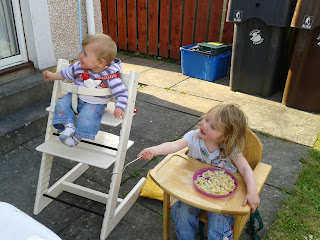 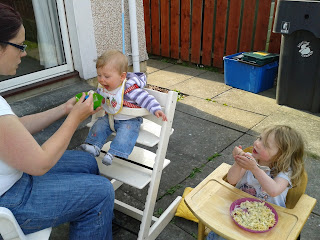 Lastly, I quite enjoyed this box as packed by the removal guys. This could have been written on nearly everything we own! 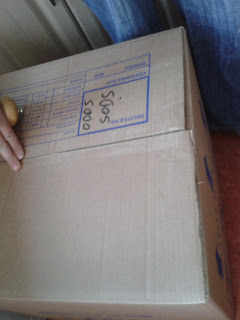 I've now received my official ID card. I went for the "cat that got the cream" pose on this one, which seems to have worked out pretty well :) 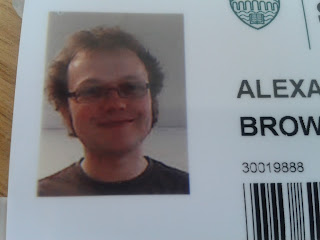