Ugh. I can't stand terms like "Staycation" - but for some mad reason years ago when I still had some imagination left I thought it'd be "neat" to limit myself to single-word titles, and I also have an issue with a blog that feels the need to have several posts with the same title so "Holiday" was ruled out.

Anyway, before Baby III arrives, we all felt in need of a bit of rest, so I took a week off work and we hada holiday at home. Well, mostly at home: it started with a weekend where I took the girls to see my parents and Jay stayed behind to rest properly. This was a little tainted by a sickness bug, but I have a sneaking suspicion that my mum quite enjoyed looking after us :)


We had a quick visit to see my brother Ian and his wife Christine, at Banff Links. They had made French Fancies. They were good. 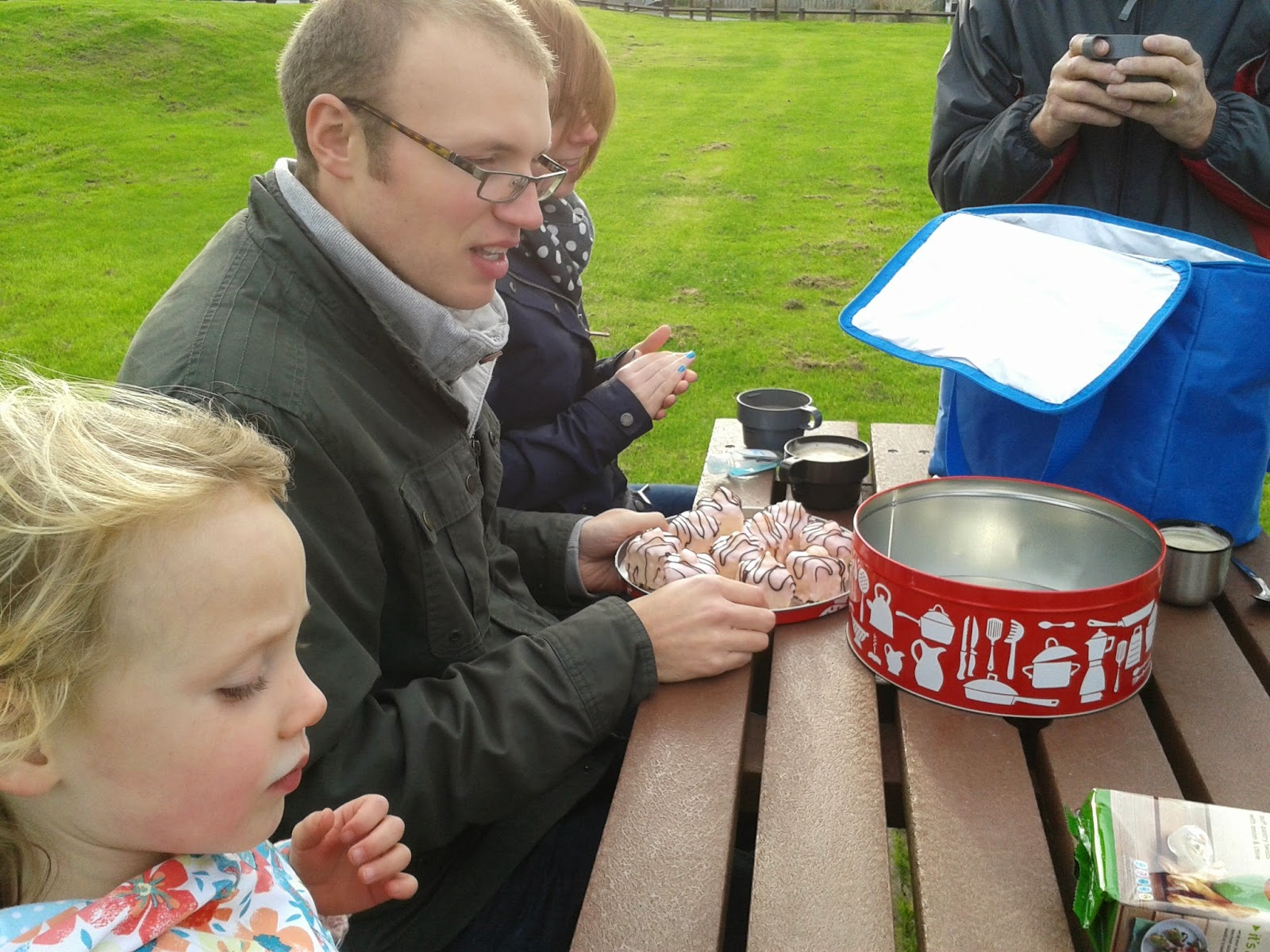 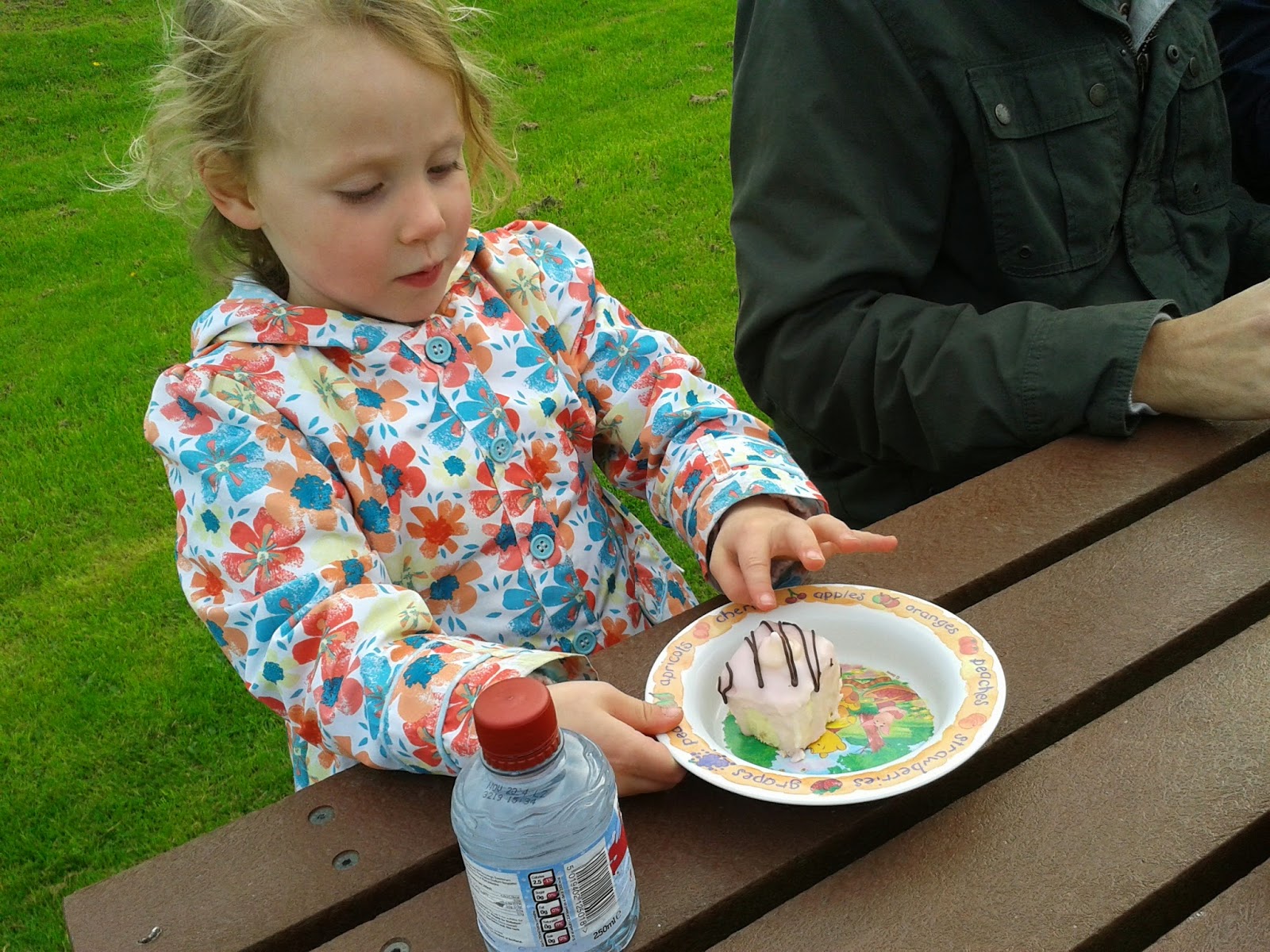 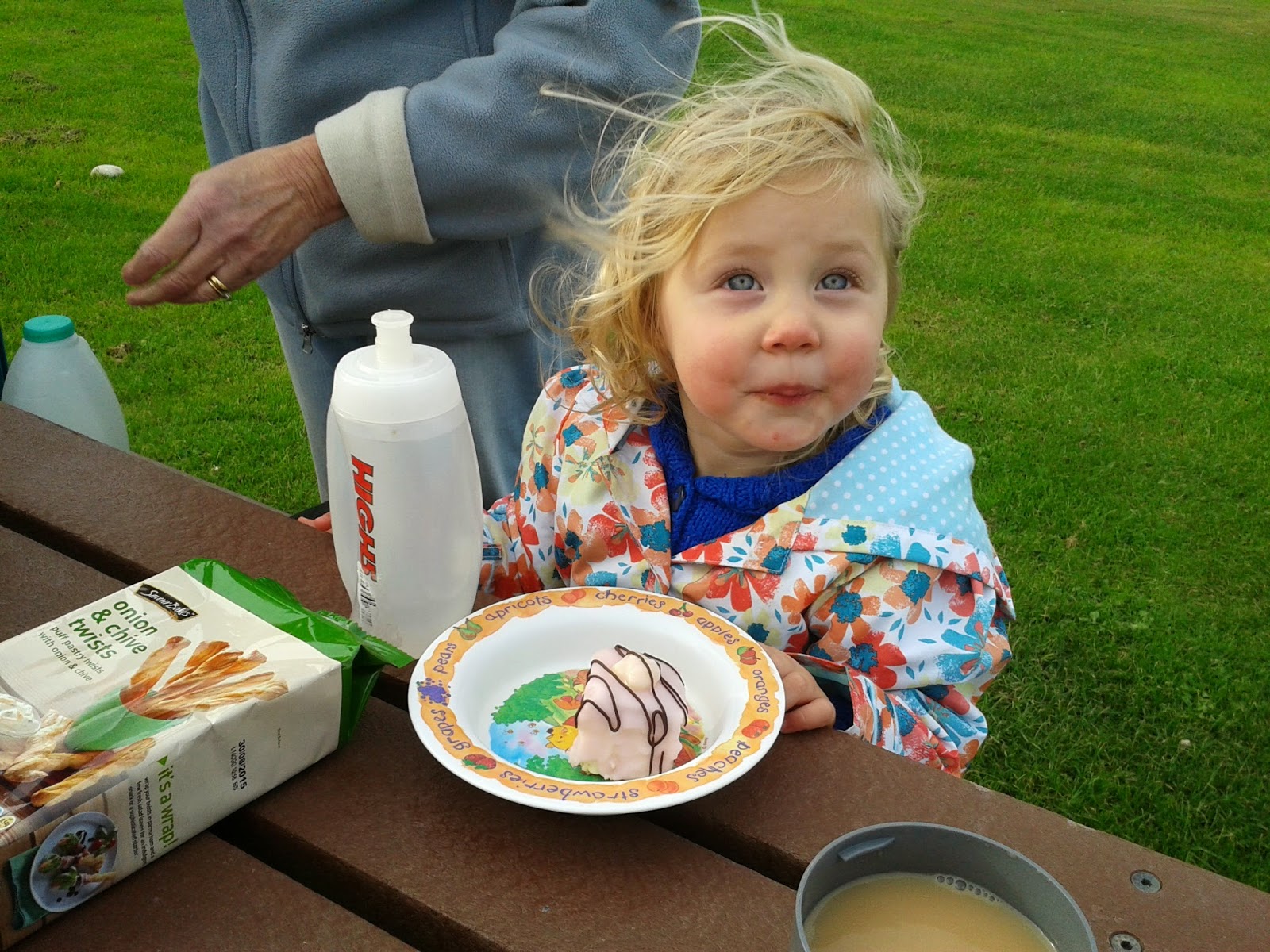 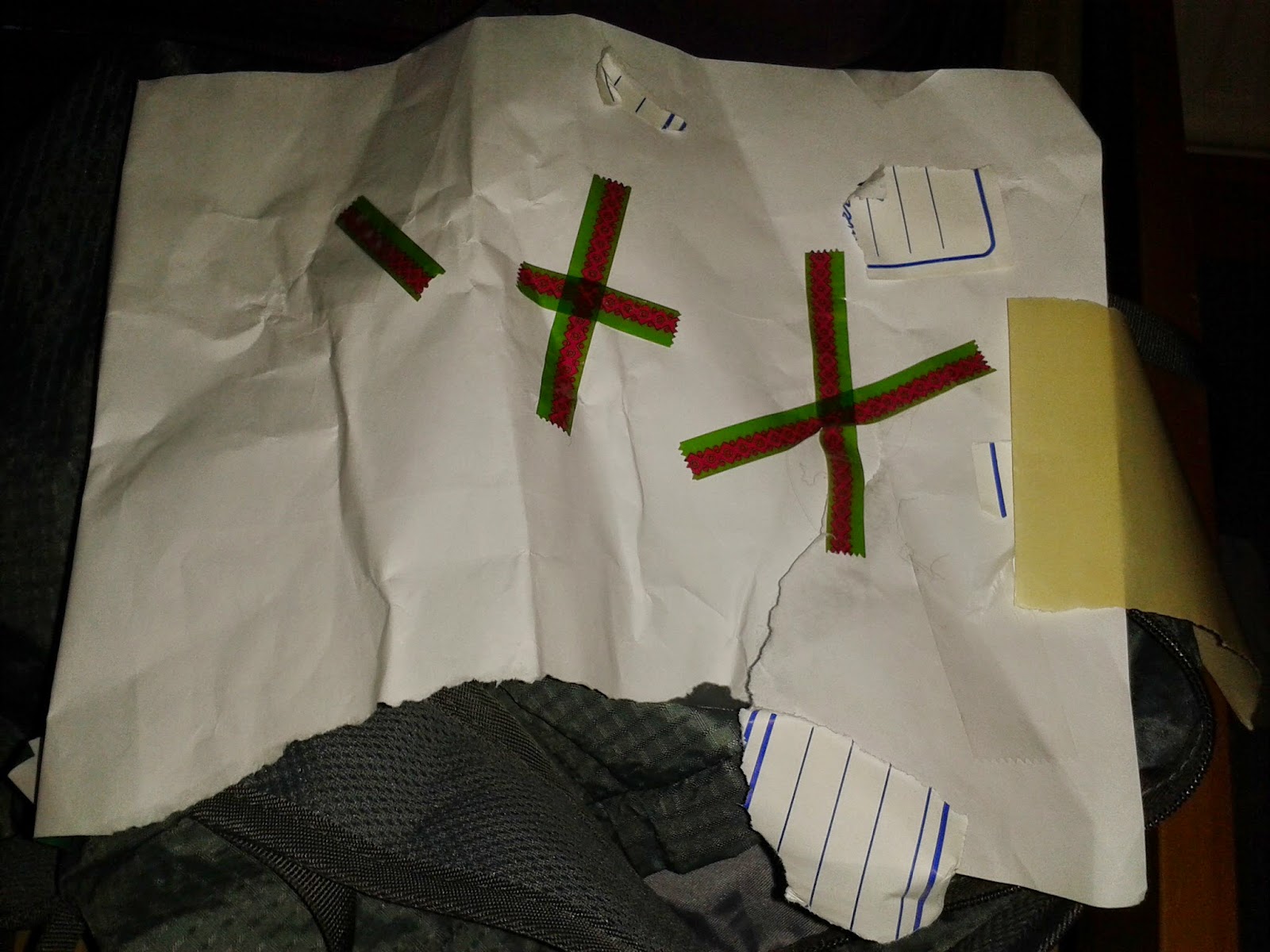 Here's Miriam concerning everyone with what appeared to be illness. Turned out she was just tired and didn't get the bug at all. Hurray! 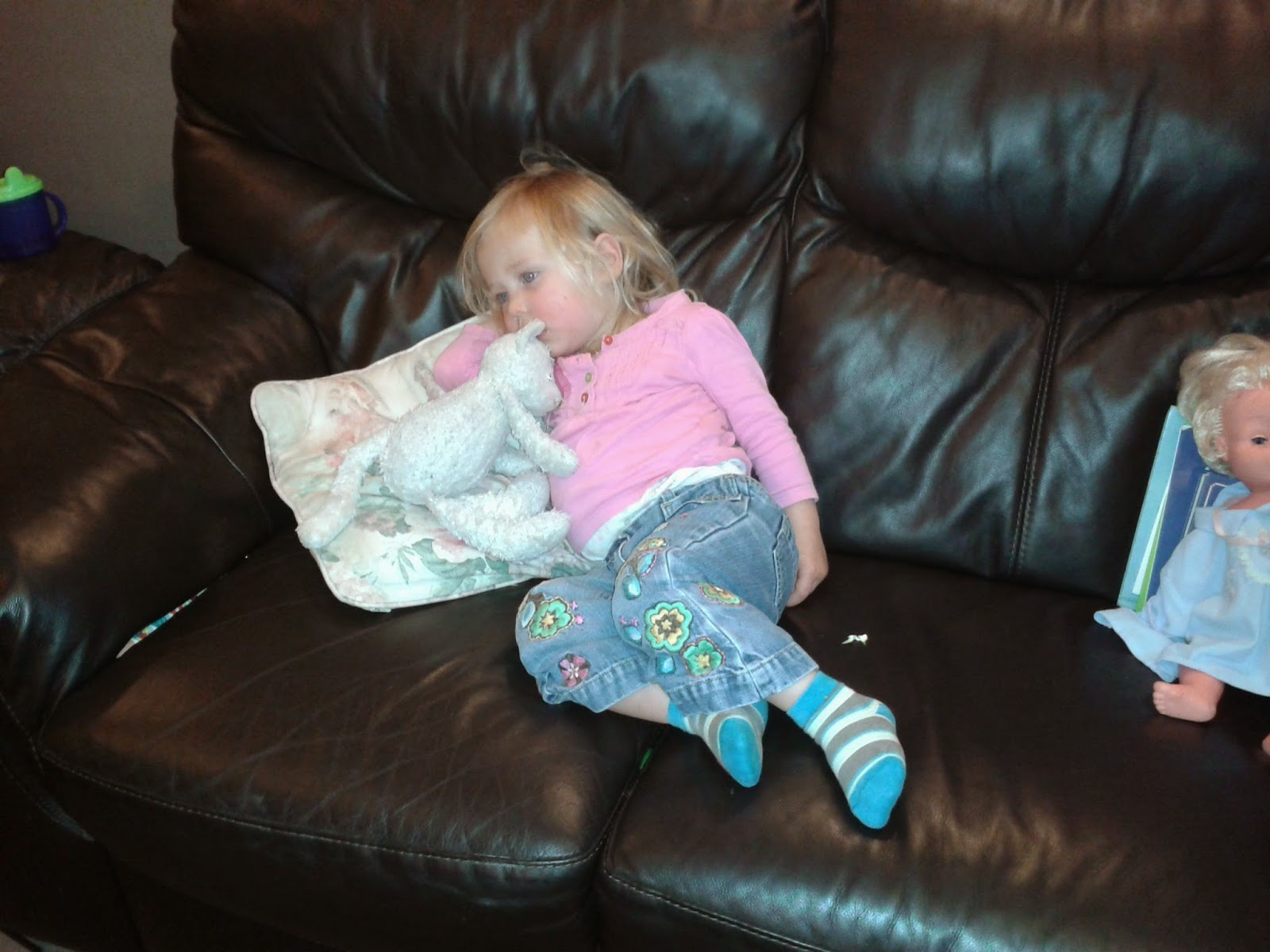 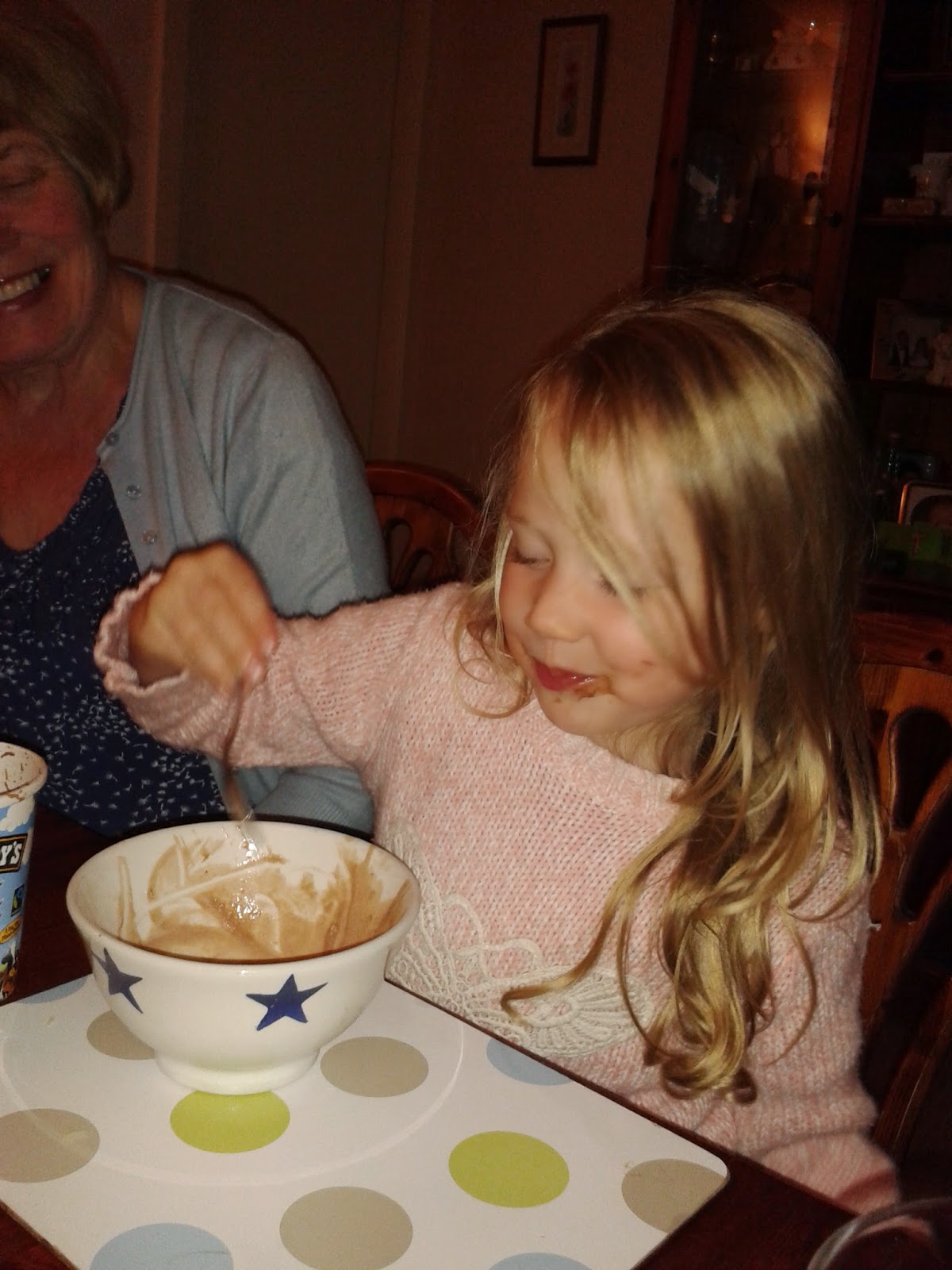 Naomi made a cake with her Grandma to take back to Mummy. Here it is after the trip back to Stirling. 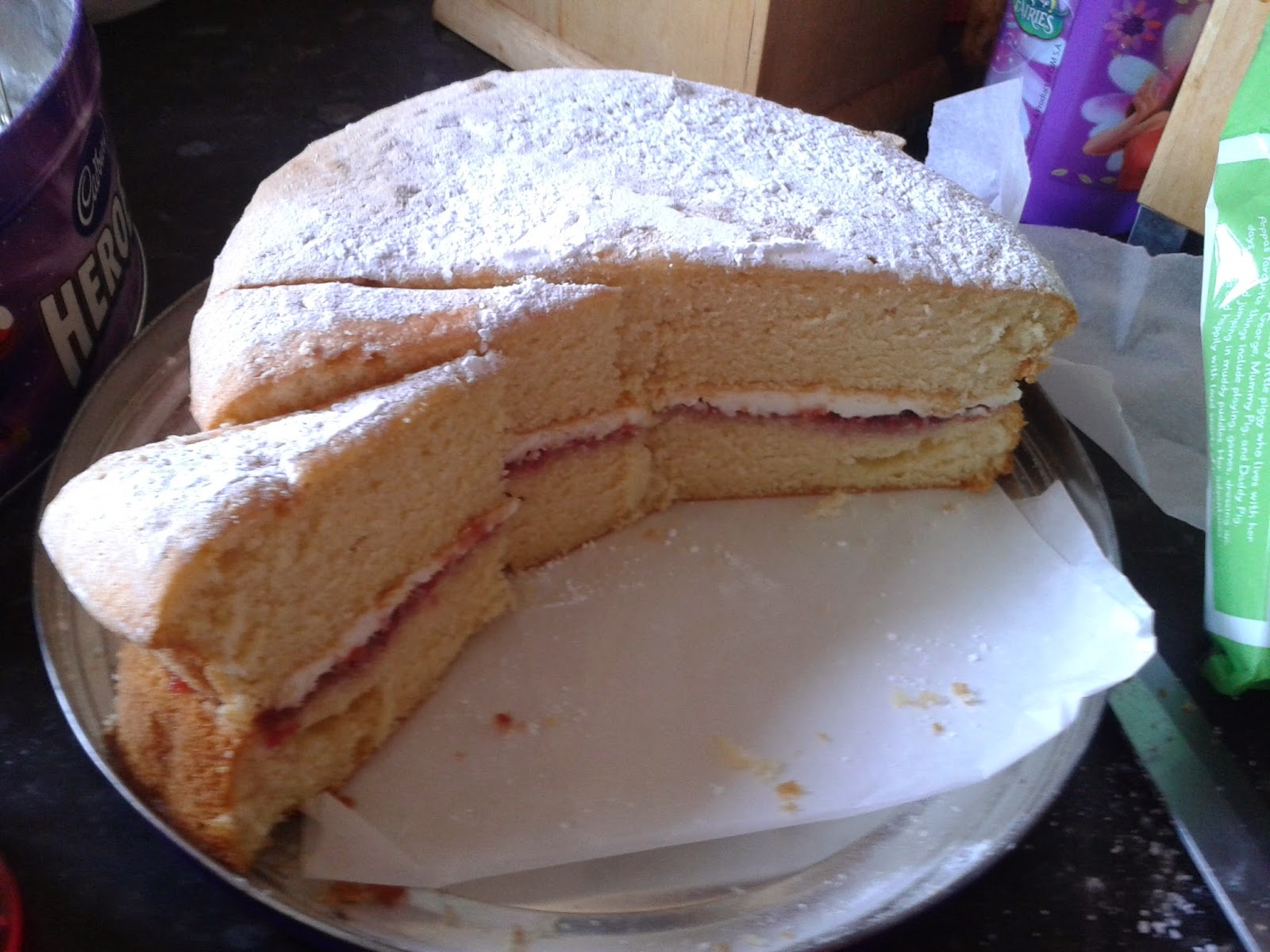 Worth mentioning is also a classic bit of child logic. On the trip back south, Naomi requested toileting facilities as we reached Dundee. I found a Tesco that looked like it would contain some, and we proceeded inside. (this was accompanied with some classic slapstick comedy as we walked across the car park: upon crossing a road, with a child in each hand, a wasp landed on my eye. Trapped on my glasses, no amount of upward blowing could make it shift. I performed a most interesting dance until we reach the far side and I could release a child to facilitate hand-based wasp removal). Anyway, back to the story.

After we'd made use of the facilities, we made it back to the car. I put Naomi into her seat, and she asked for her sunglasses. I found them and put them on her. She then burst in to tears: "I wanted to wear them to go into the shop". Well, I may be a Doc, but I don't think our car does 88mph and we are definitely out of plutonium, so I suggested that time travel may not be possible. Cue massive car-park based tantrum. Happy days.

On returning home we had a couple of nice quiet days, even with some good playing together: 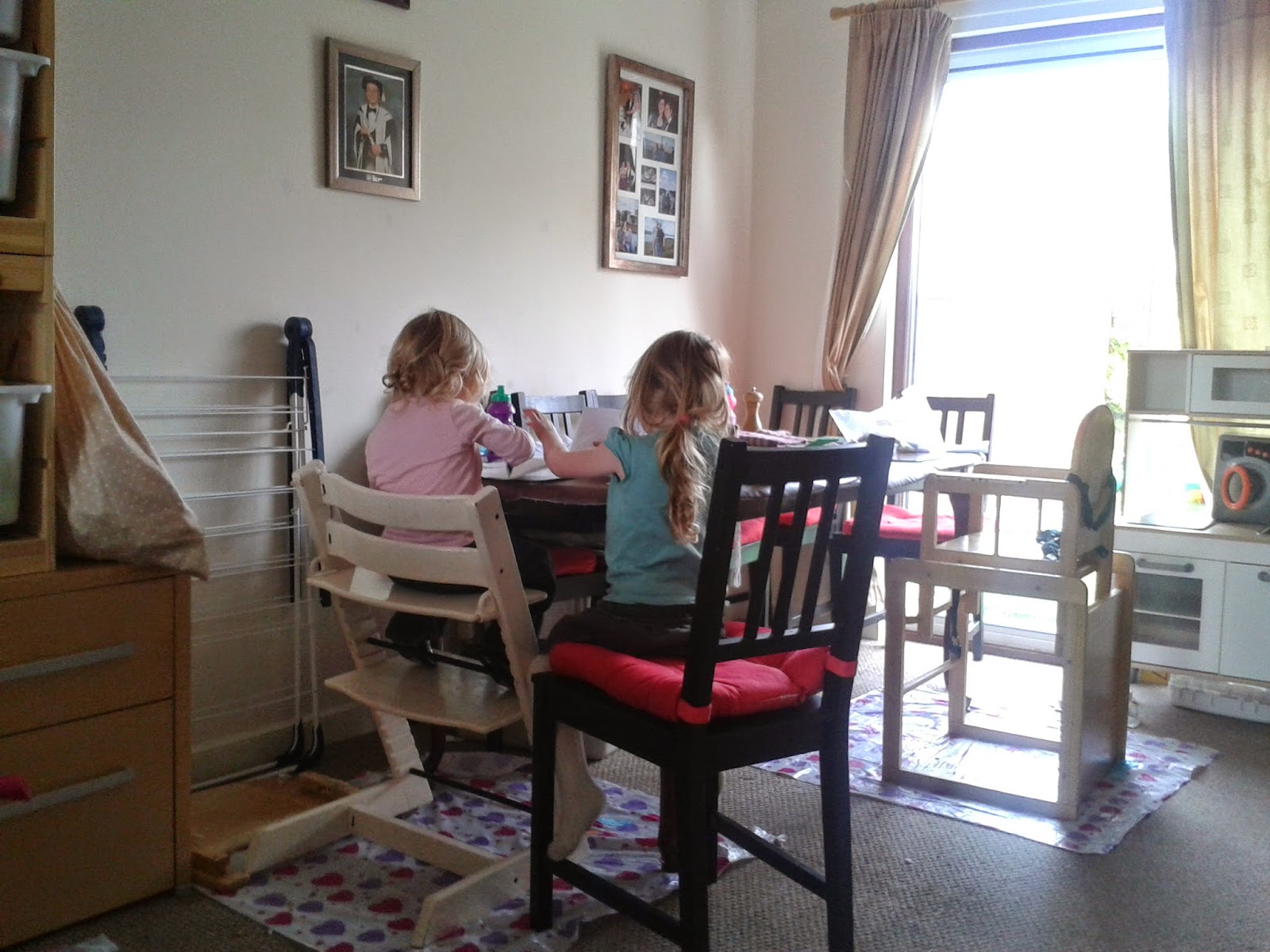 On hearing that poor Grandma had caught the signess bug, the girls mad get well cards for her too: 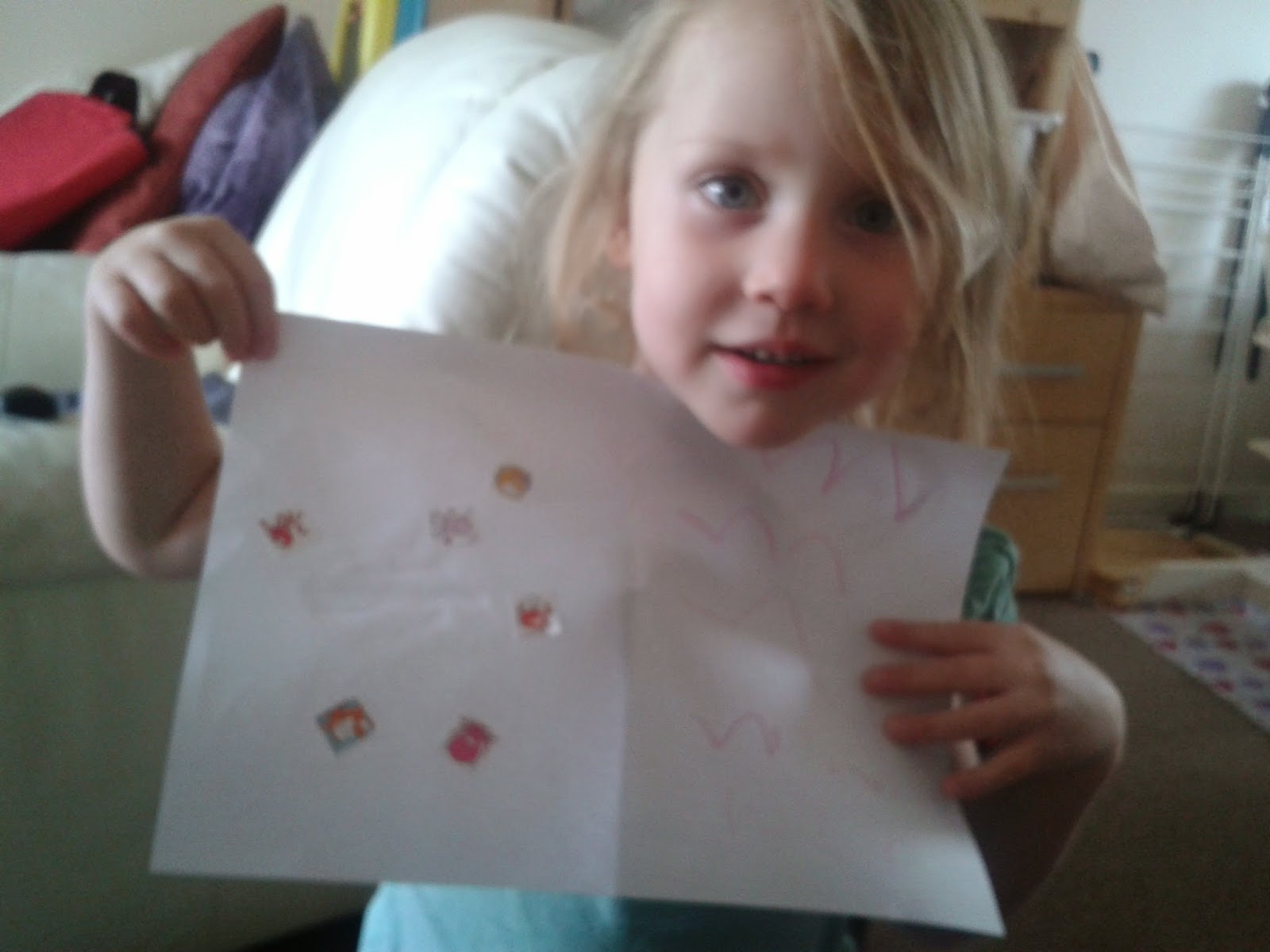 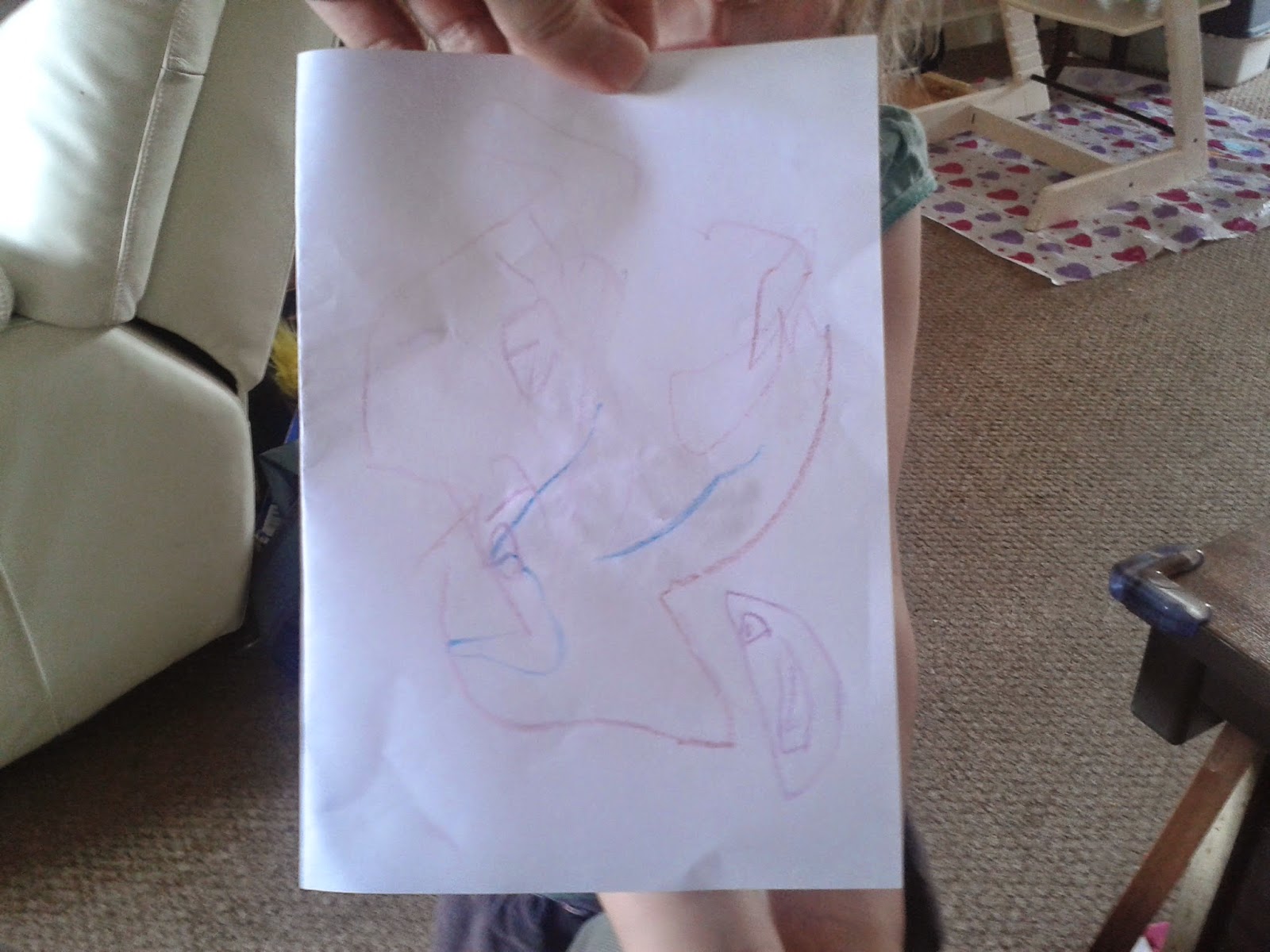 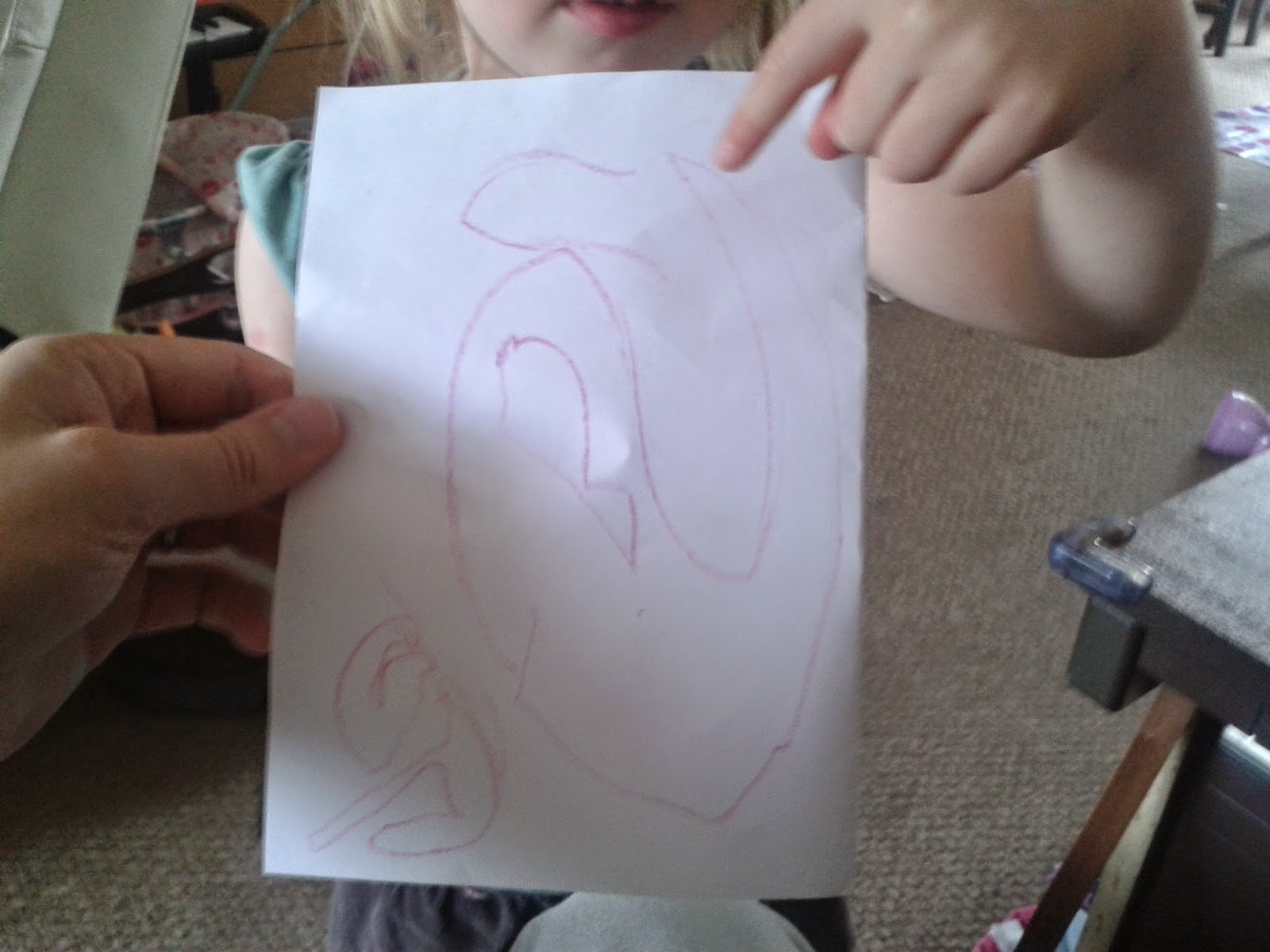 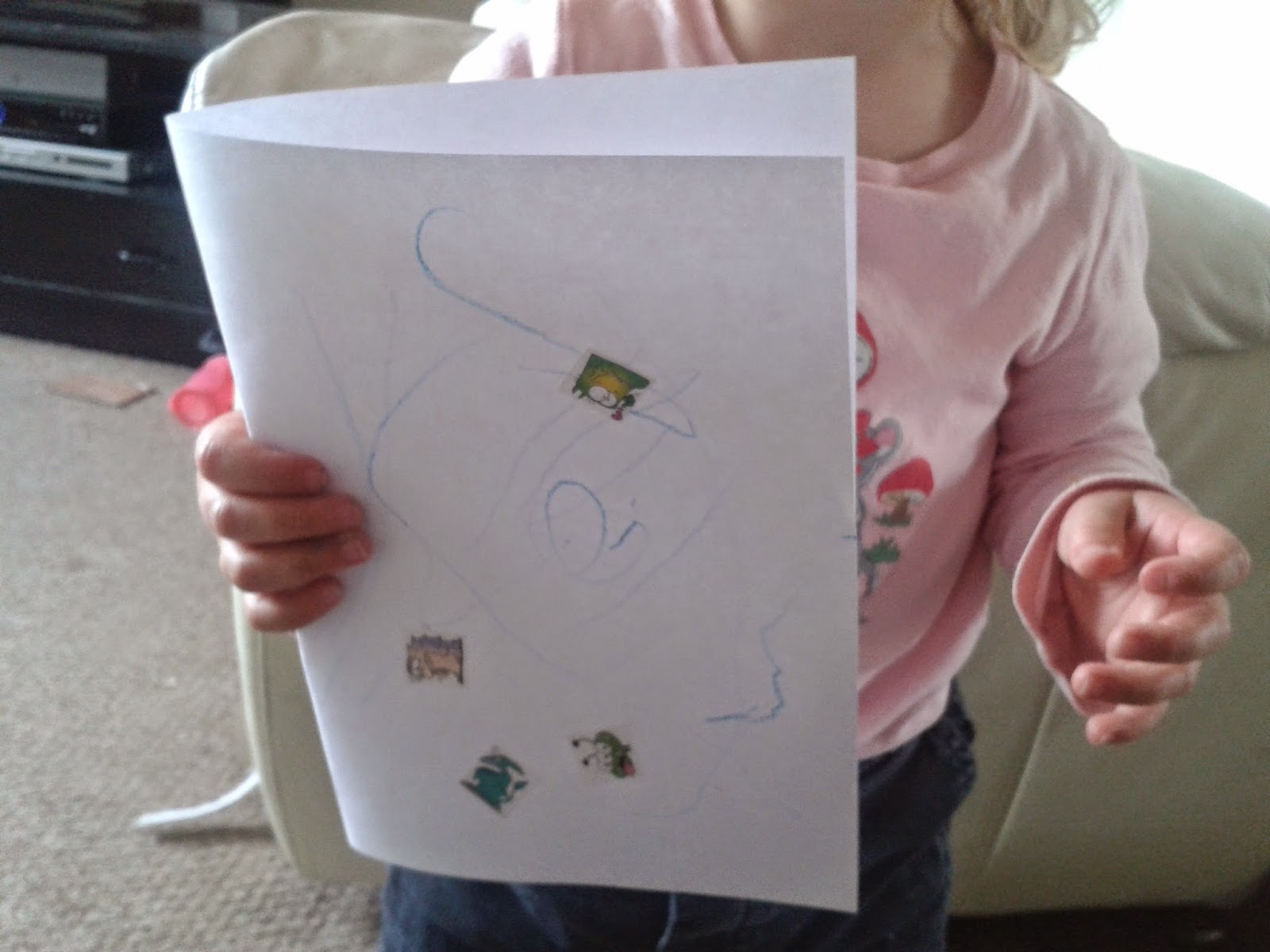 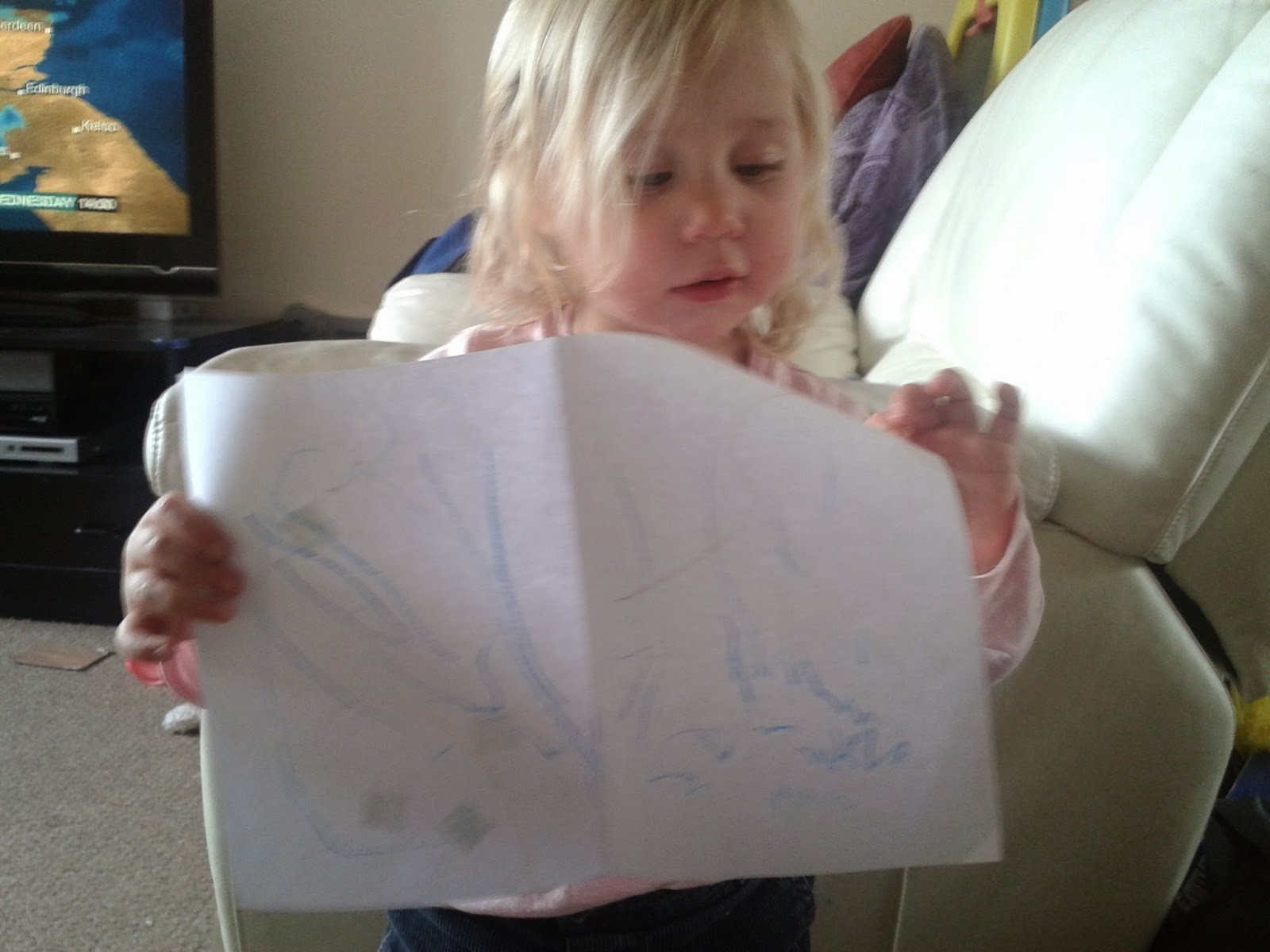 We've already shared about our visit to the Science Centre, so now I'll close with a picture of the biggest onion bhaji I've ever seen. Excellent takeaway based joy.