So, having had some success selling off the many buggies we had in our garage, we were finally in a position to replace the old double buggy. It's been through several sets of children (we got it second hand, and we think it might in practice have been third-hand), so it was slowly falling to bits. I've repaired several parts myself, so there was an impressive array of oversized bolts and wire holding it together.

About 10 days ago now we took receipt of the new one. All jolly exciting! 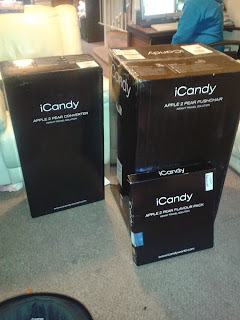 Although I did think that the stylish black boxes reminded me of something else. Try comparing the picture and video below. 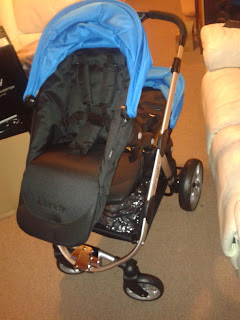 ... which was bizarrely colour coordinated with Jay on this particular day. 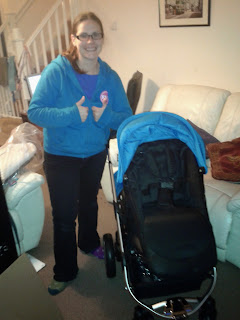 Finally, a bit of a round up on some other things we've been up to...


Jay went out for a few hours, and while she was away I had a great time with Naomi and Miriam. Here they are playing one of their card games. This one is essentially a fancy "snap" based on cupcakes. Miriam is surprisingly good at it! (shortly after this in fact, she and I jointly won the game -Naomi was NOT keen on this and the game was not repeated.) The "would you like a cupcake?" from Miriam at the start of the clip is part of the game.