In a shameful display of effort it's taken me quite some time to get round to writing up our Christmas holidays. Things are getting a little busy at work at the moment as I've got a paper to write which is due on the same day as the baby! So I'm trying to get it out of the way now in case we have an early arrival.

It was really great to be back up in Scotland among our friends and family again. It was a little surreal being there knowing it was just a visit. It was a good couple of weeks - though a little tiring darting all over the place to catch up with everyone :) We also got a experience some proper winter weather in place of the tame stuff we've been getting used to of late.

First stop on the way up was a quick check on our house, including a drop off of some things that were taken by accident in the rush of the move. My parents and brother kindly helped finish off the decorating once we'd gone and it was nice to see the results of their hard work. (especially knowing that we've now got a likely taker for the place)

As I said, we spent much of our time visiting folks and apologies to those we missed - we will try to see you when we come up again, which won't be long. You'll also be most welcome to come to us, it's only 8 or so hours' drive though it's a bit of a squeeze in our house.

As a mark of how good the weather was, about halfway through the holiday I helped my brother and brother-in-law to build an igloo in the garden for Steven and Holly (my nephew and niece). Here's the result: 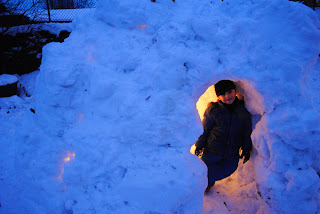 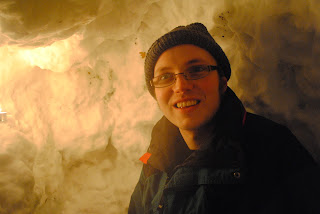 How better to pass the time than racing some wind-up royals? 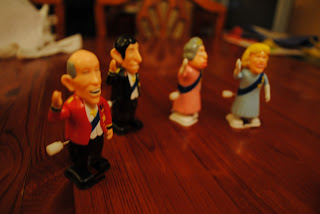 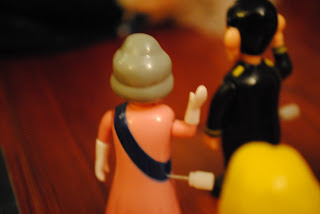 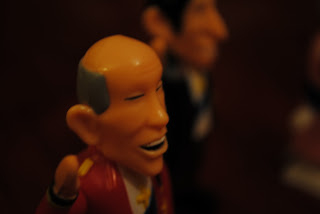 On hogmanay we went to the ceilidh that the church in New Deer have been holding for the last few years. Always a good time, though accompanied by the obligatory embarrassing birthday recognition for me. Also Jay didn't get to dance as much as usual for obvious reasons, though she did mime nappy changing in one of the games (yes, there were games).

Finally, on the recommendation of Mr. Joe McGarry I have recently been listening to Slagsmalsklubben-den Svenske Disko - which has provided some enjoyable diversity when interspersed with the 50s Rock and Roll I've had on for much of the past couple of days. It's essentially a generic version of 80s arcade game sountracks and well worth a listen if you like kind of thing. (just try not to bounce too much if you're in an office within sight of others)