A wee roundup of assorted pictures that we've amassed over the past few weeks.

First up, on returning from America I had a hunger for soft pretzels. I had a few of these last time I was there but didn't have a chance to get one this time! So Jay dug out a recipe and, as she is usually so good at, made it happen. Here are some cinnamon and sugar soft pretzels. Every bit as tasty as they look - they didn't last long :) 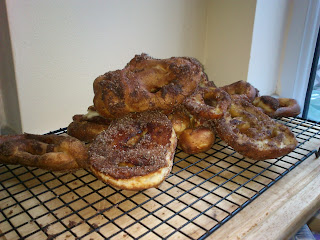 Naomi likes to put on clothes that are slightly too big for her. A good example is the shirt that Jay has as part of our church's hosting team (they are so hosts are easy to spot - apparently also at night and in fog!). Naomi wondered around like this for a good few minutes, completely undeterred by walking in to many stationary objects. 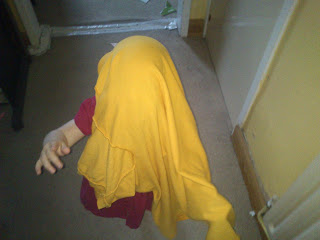 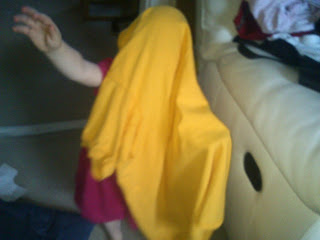 Naomi also likes to take care of Dolly - we've mentioned this before - and it really is very sweet to watch her. Here she is having put Dolly in her high chair, complete with safety straps and bib, feeding her some imaginary food. She event stopped every so often to pick up some imaginary spillage from the bib and re-feeding it to Dolly. 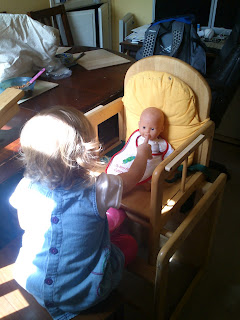 Naomi has seen me shaving with an electric razor a few times now, and she seems to be fascinated by it. She's now taken to using round objects like this bottle of shampoo as a shaver to join in the shaving fun. 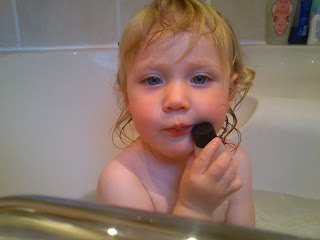