Naomi, Miriam and I spend most mornings out the house and at a group of some sort.  It makes us all happy, it lets Naomi play and me talk to other adults.  Miriam normally manages a sneaky cuddle from someone too.  In fact we have a group we can go to every day apart from every second Friday.  Today was one of those Fridays.  Sometimes I declare it a day for going to the park but unfortunately my clean washing pile looked a little like this (in fact there was more lurking in the tumble drier) and so I had to declare it jobs day 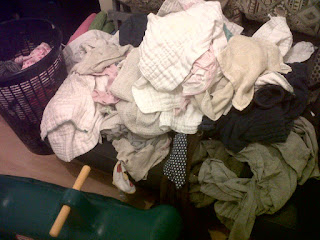 It was a nice enough day to hang things on the line so Naomi and Miriam came out to help, although Naomi mainly played with her football! 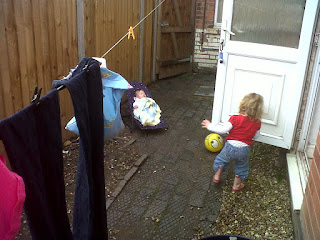 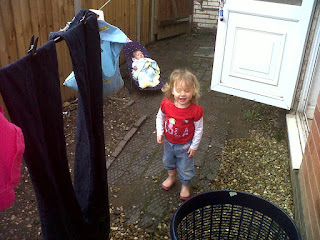 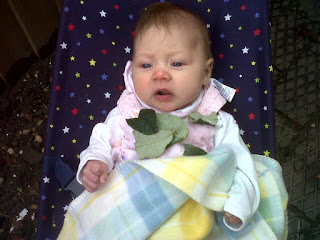 Overcome with tiredness, Miriam decided to have a rest from jobs day 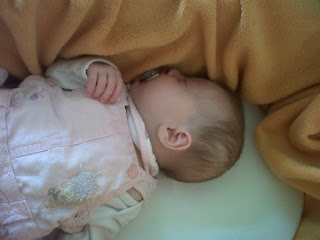 It was decided that cooking would be the best thing to do while Miriam slept, Naomi helped

Soon, though, she decided that "dressing up" in all the hats and scarves and Mummy's shoes was much more fun... 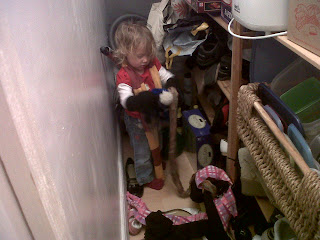 And also taking dolly for a walk in the pram 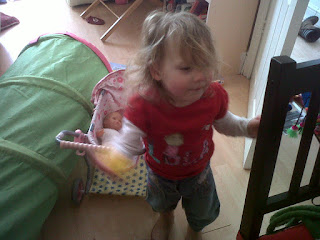 The next part of the day was better appreciated as we had some jobs to do in town, so off we went 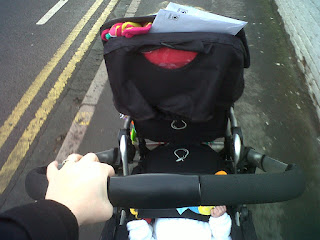 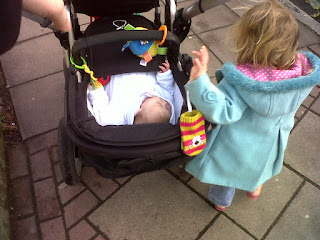 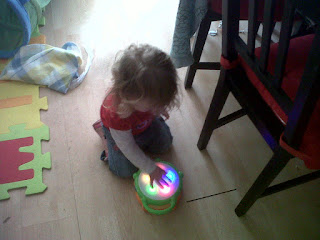 "Mummy is just nipping upstairs, wait here for me, I'll only be a minute"
"okay"

Ten seconds later this scene was found, despite not being allowed to climb the stairs on our own 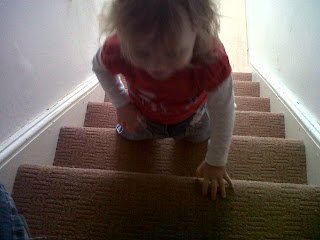 Oh well, must be time for a snack after all this hard work... 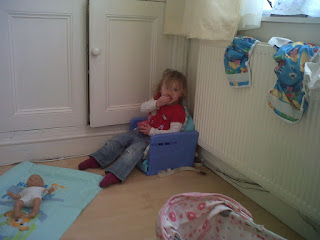 Mummy was hoping for a sit down during nap time, but while Naomi slept, Miriam did this 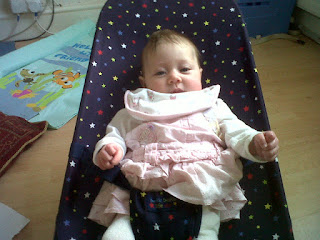 (although, there was about 15 minutes of concurrent napping that allowed this blog post to be written!)

All in a days work!